Some great thinkers have been on the right track for a long time.

Humankind lived in harmony with nature for several hundred thousand years until just recently — within the past few hundred years. And, according to the research for the movie HOME, we humans have inflicted more damage on the fragile harmony of nature in just the past fifty years than have all prior generations of humans combined — for the past 200,000 years. What happened?

During the past 100 years, the humans of the Western world have begun to live and eat in a manner that is simply not sustainable for very much longer.

While the focus of our book is on what we eat, we also devote an entire chapter to “the end of the era of cheap oil,” a phenomenon that has fueled the spread of the most destructive lifestyle in the the history of humankind. And a significant part of that lifestyle is the way we have chosen to feed ourselves in the Western world. Cheap oil has enabled us to produce a “meat and dairy” diet that requires twenty times more energy — per calorie — than does the natural diet for our species: whole, plant-based foods. 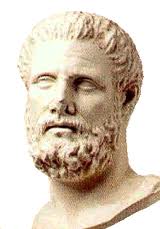 Now, it’s impossible to determine what percent of that damage to nature has been caused by our modern Western diet, but we know that it has been substantial. We also know that it would be far easier to transform the way we eat, than it would be to rapidly change the way we live. So, what’s it going to take to get this process started? In the beginning, it is most likely going to be a grassroots revolution which will be followed by powerful leadership.

Some great thinkers have been talking about what we should be eating for a long time — providing us with a good place to start; with the words of Einstein, Hippocrates and Thoreau…

Mark Bittman of the New York Times has described our Western diet as the most harmful, wasteful and unsustainable diet in the history of the world. It is harmful to our own health and the health of the planet, it is wasteful and inefficient with regards to the use of water, energy and land; and it is completely unsustainable for very much longer. Maybe  a few more words from other great thinkers of the past will help jolt us into action

What we have now is a gigantic case of “out of sight — out of mind” in the Western world. Most of us consumers have no idea what is taking place behind the scenes. And, I’m not just talking about the slaughterhouses. I am talking about what is happening to the environment, world hunger, and the unsustainability of our current lifestyle. Modern era best-selling author, Michael Pollan, weighed in on the “out of sight” syndrome,

The lives of billions of animals on American feedlots and factory farms are horrible to contemplate, an affront to our image of ourselves as humane…To peer over the increasingly high walls of our industrial animal agriculture is not only to lose your appetite but to feel revulsion and shame.

When enough of us feel that revulsion and shame, perhaps more of us will be ready to join that grassroots revolution mentioned earlier…and heed the advice of Mahatma Gandhi:

“Be the change you want to see in the world…You may never know what results come of your action, but if you do nothing, there will be no result.”

A former strategic management consultant and senior corporate executive with Ralph Lauren in New York, J. Morris Hicks has always focused on the "big picture" when analyzing any issue. In 2002, after becoming curious about our "optimal diet," he began a study of what we eat from a global perspective ---- discovering many startling issues and opportunities along the way. In addition to an MBA and a BS in Industrial Engineering, he holds a certificate in plant-based nutrition from the T. Colin Campbell Center for Nutrition Studies, where he has also been a member of the board of directors since 2012. Having concluded that our food choices hold the key to the sustainability of our civilization, he has made this his #1 priority---exploring all avenues for influencing humans everywhere to move back to the natural plant-based diet for our species.
View all posts by J. Morris Hicks →
This entry was posted in Big Picture, Energy, Environment, Sustainability, World Hunger. Bookmark the permalink.