Bill Gates is way off base on MEAT!

As he casually hastens the end of our civilization 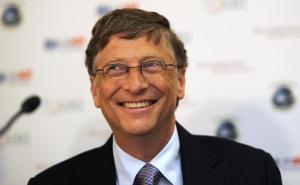 Toward the end of his 4-21-15 blogpost, Bill Gates sums up the meat situation as follows:

How can we make enough meat without destroying the planet?—one solution would be to ask the biggest carnivores (Americans and others) to cut back, by as much as half. Although it might be possible to get people in richer countries to eat less or shift toward less-intensive meats like chicken, I don’t think it’s realistic to expect large numbers of people to make drastic reductions. Evolution turned us into omnivores.

But there are reasons to be optimistic. For one thing, the world’s appetite for meat may eventually level off. Consumption has plateaued and even declined a bit in many rich countries, including France, Germany, and the United States. I also believe that innovation will improve our ability to produce meat. Cheaper energy and better crop varieties will drive up agricultural productivity, especially in Africa, so we won’t have to choose as often between feeding animals and feeding people.

I’m also hopeful about the future of meat substitutes. I have invested in some companies working on this and am impressed with the results so far. Smil is skeptical that it will have a big impact—and it is true that today the best products are sold mostly in fancy grocery stores—but I think it has potential.

With a little moderation and more innovation, I do believe the world can meet its need for meat.

My response to this disturbing conclusion by one of the most influential people in the world was posted on his blog-site this morning: 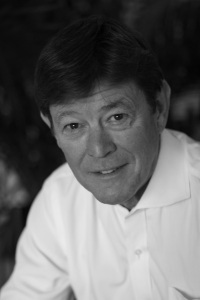 It’s a real tragedy when one of the most influential people in the world is so terribly misguided on such a crucial topic. To conclude that “with a little moderation and more innovation, I do believe the world can meet its need for meat” is shockingly irresponsible. First of all, the world has no “need” for meat, it only has “demand” because that’s what people want. And unless we drastically reduce that “demand” during the next few years, we’re going to soon render our fragile ecosystem incapable of sustaining us as a species.

I suggest that you seek the counsel of one of Microsoft’s employees on this most crucial of all topics. His name is Dr. Stephen Emmott and he runs “computational science” in the UK. I met with him there in 2013, shortly after his book, TEN BILLION, was published. In that book, he described a terrifying chain of events that is happening right now. And, as he says, unless we make some radical changes in the way we live, our civilization will most definitely collapse well before 2100. He also agreed with me that changing what we eat (specifically animal-based foods) is a HUGE part of the “radical” change that is needed.

You may disagree with Dr. Emmott, but you should at least seek his counsel before posting something that could have such a devastating effect on the future of our species. You must remember that, while you are no expert on this topic, you have the ability to influence the behavior of billions of people–because of your fame, reputation and your own billions of dollars.

Finally, I have been researching this topic since 2002 and have concluded that, without a doubt, the most important issue in the history of humanity is our food choices in the 21st century. It’s the only part of the way we live that we can change quickly.

We don’t have time to curb overpopulation, change the way our economy works or ease our dependence on fossil fuels. But we do have time to change what we eat–almost anyone in the developed world can do that overnight AND be a lot healthier for it. And by simply changing what we eat, we can buy the time we need to fix those other unsustainable aspects of the way we humans are living.

4 Responses to Bill Gates is way off base on MEAT!