Are not taken seriously by mainstream medicine

Mainstream medicine is focused on the big three money makers when it comes to cancer: chemo, surgery and radiation.

And they won’t EVER be taken seriously until there are a sufficient number of credible, peer-reviewed, randomized clinical trials supporting their efficacy for treating cancer.

Even then, it will be a difficult road ahead when it comes to the “establishment” endorsing any treatments that don’t contribute financially to the mainstream medical system.

And right there you have 200 million reasons why I have not heard from VP Joe Biden’s office after reaching out to them five times since early January, when President Obama and the VP first announced their “Moonshot Cancer Initiative.” Mr. Biden’s cancer team no doubt perceives that a food-based approach to fighting cancer is just one of millions of alternative medicine approaches that simply do not pass muster with mainstream medicine.

Google’s definition of alternative medicine: “Any of a range of medical therapies that are not regarded as orthodox by the medical profession, such as herbalism, homeopathy, and acupuncture.” 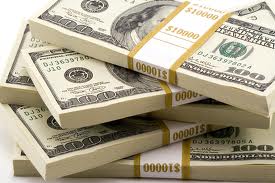 My definition of alternative medicine. “Any approach to medicine whose ultimate cure, even if it were 100% successful, would not provide much revenue for the medical industry.”

Let’s face it, mainstream medicine is big business. In just the United States, it generates almost $3 trillion worth of revenue for millions of medical professionals and organizations–most of whom sincerely believe that they are providing the best possible care for their patients. Those innocent providers are just performing the therapies that have been approved by their industry and that they have been taught.

Okay, I get it. With the entire “cancer industry” in lock-step agreement with the orthodox approach (chemo, radiation, immunotherapy and surgery) to fighting cancer, how can Biden’s team possibly take seriously the thousands of suggestions that, on the surface, appear to fall in the alternative medicine category. But there’s something very different about the plant-based approach that I am asking them to consider–and explore further.

After citing Dr. T. Colin Campbell’s professionally researched, thorough and alarming scientific findings about taming cancer in his lab at Cornell University over three decades ago–I included this question in all FIVE of my attempts to reach Mr. Biden:

“In the eleven years since The China Study was published in 2005, why hasn’t the NIH (or any other cancer research organization in the world) conducted a single formal human study aimed at determining if Dr. Campbell’s lab findings were transferable to human cancer patients?”

Sadly, I think I know the answer to that question. Although they would never admit it, deep down inside, I don’t think that a single one of the world’s 1,000 most powerful healthcare leaders would be happy to hear that a simple, painless and FREE cure of cancer was now available for everyone. The main problem is the word FREE. We have a clear case of the fox guarding the hen house when it comes to fighting chronic disease. The next paragraph supports this theory.

What about heart disease and the most common form of diabetes? Unlike cancer, there have already been many scientific studies conducted on those diseases and we know that they can both be prevented or reversed in over 90% of the cases–simply by having the patient shift to a whole food, plant-based diet.

Dr. Dean Ornish (shown here) led many of those studies and appeared on the cover of Newsweek two decades ago–talking about reversing heart disease. He also worked in the Clinton White House and aboard Air Force One.

Yet, even with high profile success stories like former President Bill Clinton’s heart disease reversal, not a single one of our top healthcare providers are actively promoting the simple, painless and FREE cure to the leading cause of death in the developed world. And those simple, scientifically proven cures are still NOT being featured by ANY of our schools of medicine as the first step in preventing and reversing heart disease or type 2 diabetes. Reason:

There is no money to be made by millions of people learning how to quickly reverse their heart disease and type 2 diabetes.

With cancer, our problem is much worse–because the successes on record are only anecdotal.  Unlike the many scientific studies supporting plant-based cures for heart disease and diabetes, the only data supporting the power of whole, plant-based foods to stop cancer growth is anecdotal. And that is exactly why there is an urgent need for some responsible, truth-seeking, cancer research organization to step up to the plate and launch enough human studies to either reinforce or disprove Dr. Campbell’s findings in the Cornell laboratory.

The Bottom Line. The world deserves to know the truth about cancer. And we’ve got to figure out a way to deliver that truth in a legitimate format that can be enthusiastically endorsed by our government. Do you know someone who knows someone who can get this article in VP Biden’s hands?

A few of my earlier blogs on this sad topic:

A former strategic management consultant and senior corporate executive with Ralph Lauren in New York, J. Morris Hicks has always focused on the "big picture" when analyzing any issue. In 2002, after becoming curious about our "optimal diet," he began a study of what we eat from a global perspective ---- discovering many startling issues and opportunities along the way. In addition to an MBA and a BS in Industrial Engineering, he holds a certificate in plant-based nutrition from the T. Colin Campbell Center for Nutrition Studies, where he has also been a member of the board of directors since 2012. Having concluded that our food choices hold the key to the sustainability of our civilization, he has made this his #1 priority---exploring all avenues for influencing humans everywhere to move back to the natural plant-based diet for our species.
View all posts by J. Morris Hicks →
This entry was posted in Activism & Leadership, Cancer and tagged u. Bookmark the permalink.