“Living in Harmony with Nature” by Ted Turner

Everyone has heard of Ted Turner, but few really know the man. Among those who know him a lot better are those who’ve taken the time to read his amazing story in Todd Wilkinson’s 2013 biography, Last Stand, Ted Turner’s quest to save a troubled planet.

A media mogul with a conscience, one of his greatest contributions (in his own opinion) was the Captain Planet cartoon series that he co-created with Barbara Pyle in 1990. The show was intended to promote environmental awareness and encourage young viewers to be conscious of how their choices affected the world around them. It ran for a total of five years on TBS and apparently shaped the lives of millions of young adults today.

Why am I writing about Ted Turner? While in Atlanta on 2-18-14, following the birth of my granddaughter (Evvy Laura), I had the privilege of visiting with his daughter, Laura, who gave me a copy of Last Stand that was published just prior to Ted’s 75th birthday celebration in 2013. During that meeting, we focused on the unprecedented sustainability issues that our planet is now facing—issues that were primarily caused by human activities during the past century—a mere blink in the eye of history.

Since that meeting in Atlanta, I have read Last Stand and have done a bit of research on this great American. While watching a 47-minute video (see below) of him speaking to a group of Stanford MBA students in 2010, I heard him utter a phrase that made my heart sing:

We’ve got to start living in harmony with nature.

Also, during that video, one of the students mentioned that he grew up with Captain Planet, a comment that brought sheer joy to Ted’s face. It turns out that half of that Stanford class had watched it as kids. And, in case you’re too old to remember that cartoon series, I have provided a one-minute sample here:

Fast forward 18 years since the launch of Captain Planet in 1990 to April 2008. Ted explains to Charlie Rose the unprecedented importance of acting quickly when it comes to global warming—mobilizing the entire world to change the energy system. During this 4-minute video, he states:

Not doing it will be catastrophic, we’ll be 8 degrees hotter in 30 or 40 years, none of the crops will grow, most of the people will have died, the rest of us will be cannibals, and civilization will have broken down.

The few people left will be living in a failed state like Somalia or Sudan and living conditions will be intolerable…Not doing it is suicide, just like dropping nuclear weapons on each other is suicide.

Our biggest problems and what we must do. To paraphrase Ted, there are simply too many people consuming too much stuff and the vast amount of energy that all of that consumption requires. He’s been trying to wake up the world about these issues for many years—but few have listened. Now the world is in a much more desperate situation than it was in 2008 and 2010, when these two videos were recorded—and our options are more limited.

Here’s the deal. We don’t have time to get population under control and we don’t have time to change out the world’s entire energy system. The current estimate is that it would take twenty years and 18 trillion dollars to accomplish the latter—even if we were aggressively pursuing that route today; which we’re not.

That leaves our food choices. And the good news is that it is the ONLY thing that we can change quickly, easily and inexpensively. And doing so with sufficient urgency might very well save our civilization. According to noted World Bank climate specialists Robert Goodland and Jeff Anhang, our collective global demand for animal-based foods is responsible for over 50% of all human-generated greenhouse gases. (See climate.org article January 2014)

That’s right; over 50%. According to the works of Goodland & Anhang, not only is livestock the single largest cause of global warming, it is larger than ALL other causes combined. A HUGE win-win-win opportunity for humankind.

Systematically and urgently replacing animal-based calories with healthier, plant-based options will not only enable us to curb global warming—but will also reduce water scarcity, deforestation, soil erosion and species extinction; while restoring human health around the world—all at the same time. How do we make that happen?

What we urgently need is a big-time leader with enough conviction, integrity, influence and power to get this life-saving message to the entire world—before it’s too late. What we need right now is for Ted Turner to saddle up one more time—for the children of the world. And like Captain Planet of old…

Bison and Ted’s Montana Grill? Some may be wondering how all this fits into the J. Morris Hicks world of healthy eating. It doesn’t. But it’s really not Ted’s fault. The deception about the major cause of climate change has come from the organizations that we trust to take care of our planet. Not a single one of the world’s largest environmental groups has promoted the fact that the human demand for animal-based foods is the single largest driver. (See my 2-20-14 blog about truth)

Why is that? Probably a combination of ignorance (comfortably unaware) and greed. In either case, when Ted finds out that he’s been duped all these years—he’s going to be one mad cowboy. And he’s going to tell the world—as only he can.

Jacques Cousteau and Ted Turner, back in the eighties.

Ted & Cousteau. Few probably know that Jacques Cousteau was the inspiration behind Captain Planet and many of Ted’s environmental initiatives. Known primarily for his work under the sea, Cousteau was equally concerned about the entire planet. From Last Stand…

On land, Cousteau foretold the precipitous decline of amphibians, the widespread effects of freshwater shortages and droughts, increased desertification, and the over pumping of the Ogallala aquifer on the high plains of the United States.

The result of accumulating abuse and neglect, Cousteau warned, will be an ever-expanding crisis, the ecological interconnections no less entwined than the international economy and banking system…”We’re talking about the survival of the human race and of all the major life forms on the planet.”

Sadly, toward the end of his life in 1997, Cousteau was so disturbed by the many worsening trends that he told Ted:

It is already too late. We’ve passed the threshold. The beginning of the end has started. Man may, or may not be, part of the plan nature has for the Earth in the future. Life will be reborn, but first the world as we know it now will die. —Jacques Cousteau

But Ted doesn’t give up, saying, “Captain, you are a great scientist and you’ve been a friend who was always there for me, but isn’t there a possibility, say, even a 3 to 5 percent chance that you are wrong? It may be a long shot, but that’s what I am going to focus on. I’ll take those odds. You know that I admire you, that I love you, but I can’t accept what you’re saying.” 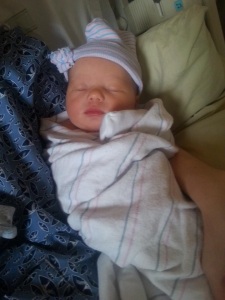 With Ted Turner, there is still hope. The last paragraph of the chapter about Jacques Cousteau, quoting Ted…

Every time I get depressed, I look into the eyes of a child and I think to myself, We can’t let you down. Ted has the same set of values with his grandchildren and all young people he meets. That’s why young people like him. He doesn’t sell them short.

He is telling them to go out and change the world. There is no time to think about “what ifs” as in “What if we do nothing?” With the limited time we have, we can only be thinking about brave solutions.

We can’t let you down!

One more thing about Ted; Steve Jobs paid him the ultimate compliment when he included him in his famous “Crazy Ones” ad. As he said,

It’s the crazy ones who push the human race forward. People who are crazy enough to think that they can change the world—are the ones who do. — Steve Jobs

The Bottom Line. After 200,000 years as a species and some 20,000 years of civilization, both are now in jeopardy. To be sure, many prominent scientists now believe that our civilization will almost certainly collapse before the end of this century—unless we make some radical changes soon. It’s all about promoting health, hope and harmony…

And the greatest of these is harmony, because unless we soon learn to live in harmony with nature, there will be no hope for us or our civilization. And then it won’t really matter how healthy we are as we run out of water & food—and starve to death together. —J. Morris Hicks

The following video will give you a chance to get to know Ted Turner better as he talks candidly about his successes, his failures and his regrets—along with a hefty dose of Shakespeare and a lot of fun.

The day after posting this blog, Dr. Colin Campbell and I attended the memorial service in Washington, DC, for Robert Goodland who passed away in December of 2013. Mr. Achim Steiner, executive director of UNEP (United Nations Environment group) was the primary speaker. While there, I met Ted’s good friend, Lester Brown, and had dinner with Robert’s colleague, Jeff Anhang.

For more information backing up some of my comments in this blog, please take a look at the source documents as well as a few of my earlier blogs on this crucial topic. In the final analysis it’s all about two things: Sustainability and LEADERSHIP!

A former strategic management consultant and senior corporate executive with Ralph Lauren in New York, J. Morris Hicks has always focused on the "big picture" when analyzing any issue. In 2002, after becoming curious about our "optimal diet," he began a study of what we eat from a global perspective ---- discovering many startling issues and opportunities along the way. In addition to an MBA and a BS in Industrial Engineering, he holds a certificate in plant-based nutrition from the T. Colin Campbell Center for Nutrition Studies, where he has also been a member of the board of directors since 2012. Having concluded that our food choices hold the key to the sustainability of our civilization, he has made this his #1 priority---exploring all avenues for influencing humans everywhere to move back to the natural plant-based diet for our species.
View all posts by J. Morris Hicks →
This entry was posted in Activism & Leadership, Climate Change, Sustainability, Video Included. Bookmark the permalink.

12 Responses to “Living in Harmony with Nature” by Ted Turner