The Great Organic Food Debate of 2012

So what’s the story with organic foods?

Are they worth the extra money? Are they healthier for us? For the planet? In recent weeks, you’ve probably heard and/or read about a recent study at Stanford University that stirred up quite a controversy. You may also have heard that Monsanto was reportedly one of the sponsors of the study. 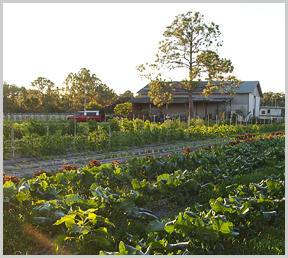 An early morning view of the Oakes organic farm in Florida — this is the kind of place that I like to think my food is grown — without harming the environment or a single creature.

A week or so after the news came out, I mentioned the organic controversy briefly in one of my blogs—as just another example of the “confusion over clarity” mentality that exists throughout our extended system of food, government, academia, medicine, insurance and media.

Confusion over clarity is what helps maintain the status quo for the 35 million people working in our extended “system.” And it’s the status quo that is killing our people, bankrupting our nation, and destroying the ecological harmony of our planet.

In this post, I will share a few excerpts from Roger Cohen’s Organic Fable piece—followed by a few selected comments about his column that were featured in a subsequent New York Times article entitled Organic Food – Truths and Fables.  Links to both are provided below. Let’s begin with a few sarcastic quotes from Mr. Cohen (regular NY Times columnist) on the topic of organic:

An effective form of premium branding rather than a science, a slogan rather than better nutrition, “organic” has oozed over the menus, markets and malls of the world’s upscale neighborhood at a remarkable pace. In 2010, according to the Organic Trade Association, organic food and drink sales totaled $26.7 billion in the United States, or about 4 percent of the overall market, having grown steadily since 2000. The British organic market is also large; menus like to mention that bacon comes from pampered pigs at the Happy Hog farm down the road.

So I cheered this week when Stanford University concluded, after examining four decades of research, that fruits and vegetables labeled organic are, on average, no more nutritious than their cheaper conventional counterparts. The study also found that organic meats offered no obvious health advantages. And it found that organic food was not less likely to be contaminated by dangerous bacteria like E.coli.

Logically, the organic movement should favor genetically modified produce. If you cannot use pesticides or fertilizers, you might at least want to modify your crops so they are more resilient and plentiful. But that would go against the ideology and romance of a movement that says: We are for nature, everyone else is against nature.

Organic is a fable of the pampered parts of the planet — romantic and comforting. Now, thanks to Stanford researchers, we know just how replete with myth the “O” fable is. 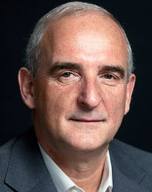 Now, he has taken the results of one lopsided study and used them to vent all of his previous frustrations about a process that he doesn’t come close to understanding. And, in so doing, he has generated an avalanche of opinions in direct opposition to his. From the 9-13-12 article shown below; a few selected comments from readers:

Roger Cohen’s column “The organic fable” (Views, Sept. 6) dismisses the benefits of small-scale organic farming, casting proponents of organic food as narcissistic and elitist. The narcissistic view is in fact the one that assumes humanity can continually grow its population, along with its food supply, by using techniques that rely on finite and depleting resources for fuel, pesticides and other inputs even while contributing to climate change and other ecological harms that threaten to upend agricultural systems around the world.

Cohen does a disservice to his stated goal of feeding the world by avoiding questions of sustainability and assuming “conventional” agriculture can continue in perpetuity.

Mr. Cohen speaks with apparent ignorance of the impact of the chemical farming system on our world and especially our health. He also has been sold a bill of goods about organic farming’s low yields. Quite to the contrary, all of us who have grown food with a nonchemical approach recognize that by building the soil with “organic” materials such as compost, yields can be quite competitive. And the land won’t have to abandoned after years of chemical dumping.

All the solutions to our hunger challenges are right in front of our noses. We just refuse to see them, because they are not convenient. What if we subsidized local farming instead of big oil, big agriculture and big chemicals?

Who knew that a single Stanford meta-analysis could provide a human being with the wealth of generalizations and conclusions that Mr. Cohen was able to sift from it. I sure hope he uses his ability to extract so much from so little to lead the charge to feed the world’s 9 billion people. The sky is the limit when you are unhindered by pesky elitist worries for the health of farm workers and their families, small farm owners, unpatented seeds, viable soil, manageable weeds, overly influential multinational corporations, biodiversity, links to cancer, rampant childhood autoimmune disease, untested genetically modified organisms being tested on all of us, and so forth.

For your convenience, I have provided links to the two articles featured above. Also there is a link to my recent article about confusion over clarity.

The Bottom Line. As for clarity, it’s all about growing healthy food for people—by farmers who care about the land. And the closer to home the better. Then, by simply eating these nutritious foods, we can take charge of our own health and so much more.

A former strategic management consultant and senior corporate executive with Ralph Lauren in New York, J. Morris Hicks has always focused on the "big picture" when analyzing any issue. In 2002, after becoming curious about our "optimal diet," he began a study of what we eat from a global perspective ---- discovering many startling issues and opportunities along the way. In addition to an MBA and a BS in Industrial Engineering, he holds a certificate in plant-based nutrition from the T. Colin Campbell Center for Nutrition Studies, where he has also been a member of the board of directors since 2012. Having concluded that our food choices hold the key to the sustainability of our civilization, he has made this his #1 priority---exploring all avenues for influencing humans everywhere to move back to the natural plant-based diet for our species.
View all posts by J. Morris Hicks →
This entry was posted in Organic, local produce. Bookmark the permalink.

3 Responses to The Great Organic Food Debate of 2012