Say British scientists and reported in the Telegraph

No doubt you’ve heard about many problems with our present method of the Body Mass Index (BMI) to determine whether someone is overweight or obese. Oftentimes, some of the best-trained athletes in the world score in the obese range for BMI—even though they might be very well built and look physically fit.

Even in his prime, they say Arnold’s  BMI was over 30; in the obese range.

Most people probably don’t know their exact BMI score, even though they may remember in which range they fall. Here are the ranges:

So what’s the problem? Sometimes people who look fit and attractive may have a BMI that falls in the overweight or obese range. People like Tom Cruise or Arnold Schwarzenegger for example. From the Telegraph article (See link below) advising people not to worry about the BMI:

People concerned about heart disease and diabetes should simply take their height and waist measurements to figure out their risk, say British researchers. Ideally, all should aim to keep their waist measurement less than half that of their height, found the scientists.

The team, who analysed the health of some 300,000 people, found this ratio was a better predictor of high blood pressure, diabetes and cardiovascular events like heart attacks and strokes than body mass index.

While BMI is used almost universally in the medical profession, most people are unfamiliar with it, partially because it is not a straightforward calculation. BMI is calculated by taking one’s mass in kilograms and dividing it by the square of one’s height in metres.

While BMI was a useful indicator, it failed to take into account the distribution of fat throughout the body.

Abdominal fat, around the heart, liver and kidneys, has been found to be worse than that on the bottom and hips, in terms of heart disease and diabetes.

They also say that Tom Cruise’s BMI is over 25, in the overweight range.

What about me? Well, for starters, the BMI works well for me because I don’t have as much muscle mass as do Tom and Arnold. At nutritiondata.com, I used the BMI calculator and entered my numbers: 72 inches tall with a weight of 155 pounds. Those numbers yielded a 21.0 score which is almost exactly in the middle of the normal range.

I did a little more research and discovered some additional drawbacks of the BMI. Another article pointed out three problems (See second article below):

1. BMI does not differentiate between the Michelin Man and The Terminator. I have heard countless times how one buff celebrity or another would be classified as overweight or obese according to their BMI due to their excess amount of muscle.

2. BMI does not differentiate between apples and pears For over 60 years, we have known that independent of how heavy a person is, the distribution of their body weight, or more generally the shape of their body is a key predictor of health risk. It is now well established that individuals who deposit much of their body weight around their midsection, the so called apple-shaped, are at much greater risk of disease and early mortality in contrast to the so called pear-shaped, who carry their weight more peripherally, particularly in the lower body. Thus, two individuals with a BMI of 32 kg/m2 could have drastically different body shapes, and thus varying risk of disease and early mortality.

3. BMI does not always budge in response to lifestyle change I would argue this is the biggest drawback of using BMI: it doesn’t always change even though you may be getting healthier. This is particularly so if you adopt a physically active lifestyle, along with a balanced diet, but are not necessarily cutting a whole lot of calories.

Hicks & Hicks. Here are two guys that score in the healthy range of both indicators—the young Hicks scoring better than the older model. He’s taller and has a smaller waist.

The Bottom Line. Why not try both? If you score as overweight using the BMI, then you should also try the height to waist measurement ratio. In my case, I am 72 inches tall and have a 33 inch waist measurement. 2 x 33 = 66. And that is less than 72. So I am in the healthy or normal range.

If I started working out and loading up on a lot of extra “plant protein,” I might gain some muscle and some extra weight even though my waist might remain the same. But with enough weight-gain, I would eventually cross into the “overweight” range of the BMI scale.

They have found that the easy-to-calculate ratio between the two is a better predictor of risk than the most widely measure of obesity, called body mass index (BMI).

The team, who analysed the health of some 300,000 people, found this ratio was a better predictor of high blood pressure, diabetes and cardiovascular events like heart attacks and strokes than body mass index.

Dr Margaret Ashwell, former science director of the British Nutrition Foundation, and now an independent consultant, spearheaded the study. She is presenting the research at the European Congress on Obesity in Lyon, France, on Saturday. “Keeping your waist circumference to less than half your height can help increase life expectancy for every person in the world,” she said. 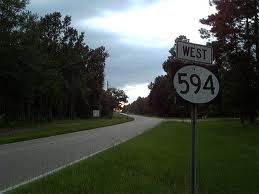 Want to move into the healthy range of both indicators, just follow the simple instructions in this handy kit:

A former strategic management consultant and senior corporate executive with Ralph Lauren in New York, J. Morris Hicks has always focused on the "big picture" when analyzing any issue. In 2002, after becoming curious about our "optimal diet," he began a study of what we eat from a global perspective ---- discovering many startling issues and opportunities along the way. In addition to an MBA and a BS in Industrial Engineering, he holds a certificate in plant-based nutrition from the T. Colin Campbell Center for Nutrition Studies, where he has also been a member of the board of directors since 2012. Having concluded that our food choices hold the key to the sustainability of our civilization, he has made this his #1 priority---exploring all avenues for influencing humans everywhere to move back to the natural plant-based diet for our species.
View all posts by J. Morris Hicks →
This entry was posted in Obesity and tagged BMI or height to waist, Problems with BMI. Bookmark the permalink.