The Remarkable Pope Francis—Cuba and Beyond!

My Christmas Prayer for 2014 involves his special leadership. 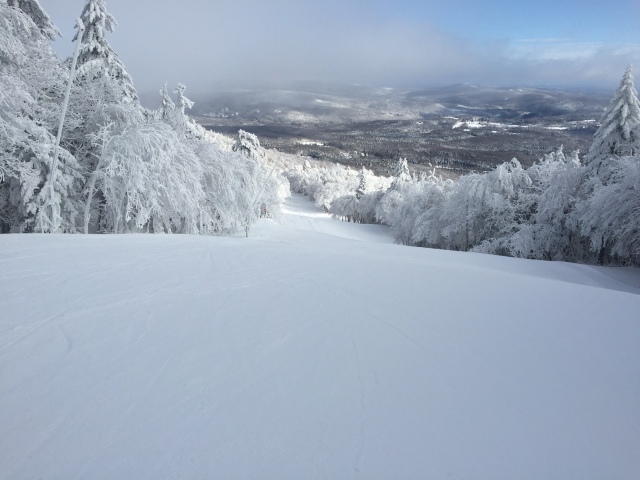 Christmas photo that I snapped on December 13, 2014, in Vermont. All that WHITE reminds me of the pope.

In my most recent blogpost a few weeks ago, after hearing of his speech at a U.N. conference about world hunger and the environment, I made an appeal for the pope to get seriously involved in promoting the ONLY pragmatic solution to climate change and sustainability. That appeal was posted on 11-26-14. Pope speaks out regarding FOOD & ENVIRONMENT

Three weeks later, we learn of how Pope Francis helped facilitate the normalization of relations with Cuba—after 53 years. From the NY Times (See link below):

WASHINGTON — The deal that freed an American jailed in Cuba and ended 53 years of diplomatic estrangement between the United States and Cuba was blessed at the highest levels of the Holy See but cut in the shadowy netherworld of espionage.

A personal appeal from Pope Francis, American officials said, was critical in persuading Cuba’s president, Raúl Castro, to agree to a prisoner swap and the freeing of the American aid worker Alan P. Gross. The pope, officials said, acted as a “guarantor” that both sides would live up to the terms of a deal reached in secret. 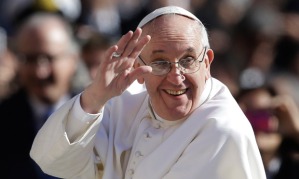 Just a month earlier (10-23-14), I had mentioned the Pope in my “top ten list” of potential global leaders capable of Tearing down the single biggest roadblock to sustainability.

After fully understanding that longterm sustainability of our ecosystem AND our species is not possible without changing the way we eat—he will know what to do. Here’s what I said near the end of that post:

Circulate this article. Find those leaders. Dispel that protein myth. Unlock the brains of the best, brightest, wealthiest and most powerful leaders on Earth. Who are they? Here’s my top-ten list and someone you know may know how to reach them:

Few people took me seriously when I mentioned the pope’s name two months ago in that 10-23 blogpost. Since then, he’s spoken to the U.N. about world hunger and the environment AND he’s helped broker a normalization of relations with Cuba. With a bit of enlightenment about the lunacy of the way we’re eating in the developed world, who knows what an impact he could have in bringing about rapid global change on this most urgent of ALL topics?

Update. There is a Catholic priest in Newfoundland (a new friend of mine) who is currently working on a plan for gaining an audience with Pope Francis to discuss this crucial topic. Stay tuned.

Two more Christmas Photos, the first taken by my son during a recent “dawn patrol” at Wachusett Mountain. He ski-hikes up in the dark and skis down at sunrise. Then he goes to work. The second one is a recent photo of my refrigerator, decorated with Christmas cards featuring the images of ALL six of my grandchildren. 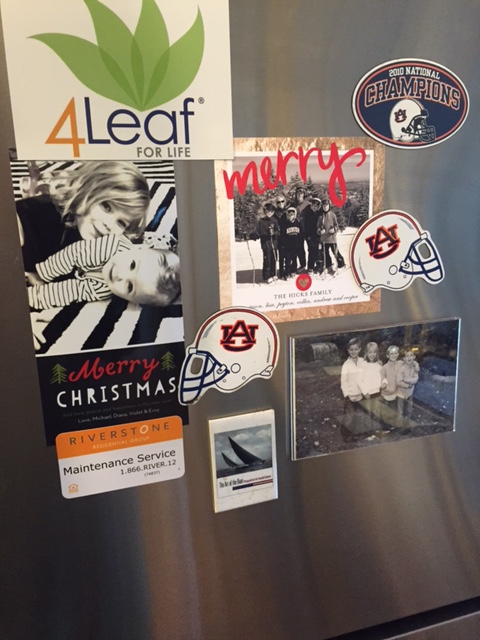 For 2015, pray that we all take some HUGE steps toward SUSTAINABILITY!

In addition to the source document for this blog, I have listed a few of my other 2014 blogs on this topic. Although I began blogging about mostly health in 2011, most of my recent blogs (out of a total of 875) have been focused on activism and leadership aimed at promoting sustainability.

A former strategic management consultant and senior corporate executive with Ralph Lauren in New York, J. Morris Hicks has always focused on the "big picture" when analyzing any issue. In 2002, after becoming curious about our "optimal diet," he began a study of what we eat from a global perspective ---- discovering many startling issues and opportunities along the way. In addition to an MBA and a BS in Industrial Engineering, he holds a certificate in plant-based nutrition from the T. Colin Campbell Center for Nutrition Studies, where he has also been a member of the board of directors since 2012. Having concluded that our food choices hold the key to the sustainability of our civilization, he has made this his #1 priority---exploring all avenues for influencing humans everywhere to move back to the natural plant-based diet for our species.
View all posts by J. Morris Hicks →
This entry was posted in Activism & Leadership and tagged Pope Francis. Bookmark the permalink.

5 Responses to The Remarkable Pope Francis—Cuba and Beyond!