And annihilate the #1 cause of global warming. 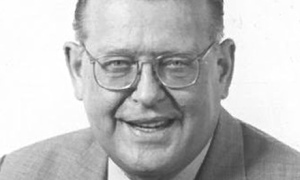 The “conscience” of the World Bank

In 1978, Dr. Robert Goodland became the first full-time ecologist ever hired by the World Bank. For the next twenty-three years, he became known as the “environmental conscience” of that powerful organization.

This blogpost draws upon his last published work before his death on 12-28-13. (See first link below.)

From the UNEP website. Robert Goodland is best known for his assessment that at least 51 per cent of human-induced greenhouse gas is attributable to the life cycle and supply chain of livestock products. Goodland, who began his career as a professor of tropical ecology at the University of Brasilia, became the first full-time ecologist at the World Bank in 1978. 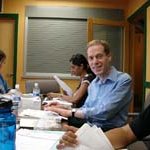 In February of 2014, I attended a memorial service for Robert at George Washington University. While there, I met Robert’s fellow researcher and co-author of numerous papers, Jeff Anhang. I also met Lester Brown, founder of the WorldWatch Institute and the Earth Policy Institute and author of over fifty environmental books. The first speaker was the head of the UNEP since 2006, Achim Steiner.

“We join Robert Goodland’s family and friends in mourning the loss of a true pioneer, outstanding environmentalist and exceptional human being”, said UNEP Executive Director and UN Under-Secretary-General Achim Steiner, who worked closely with Goodland on the 1997 establishment of the World Commission on Dams.

He added: “Few among us have the courage, certitude and conviction to commit our life’s journey to the greater good in the way Robert did. His clarity of thinking alongside his compassion and generosity enabled him to ‘open the eyes’ of people and institutions in ways that profoundly changed their outlook, thinking and actions on environment and sustainability.” 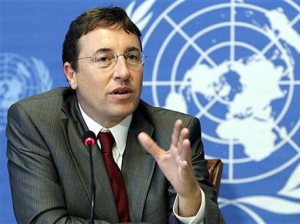 Bellarby et al. have overlooked a widely- cited assessment by Jeff Anhang and me (Goodland and Anhang, 2009). Our assessment suggests that Steinfeld et al. (Livestock’s Long Shadow researchers) have failed to develop a true whole life cycle estimate of GHG emissions attributable to livestock, and that livestock products actually account for at least 51% of annual worldwide anthropogenic GHG emissions.

While Robert applauded their recommendation to reduce the consumption of meat and dairy, he felt that they fell WAY short in providing the clarity needed to promote urgent global change. As Robert notes in his paper:

The International Energy Agency (2011) and the Intergovernmental Panel on Climate Change (Spotts, 2011) have projected that climate change may become practically irreversible by 2017, which means that later GHG reductions could be ineffective.

Notice that there has been ZERO progress since the IPCC got started. It’s gotten worse EVERY year.

Well, we’re now halfway through 2014, we’ve just gone over 400 ppm of CO2 in our atmosphere and STILL there is no significant, coordinated effort addressing the leading cause of global warming. In fact, it’s being totally ignored by ALL of the prominent environmental organizations, 350.org and the IPCC.

We’re running out of time and must get started immediately. This post draws upon Dr. Goodland’s work relative to the  dual benefit of reducing the production of livestock and quickly reforesting the freed-up land. So here’s the thought process: 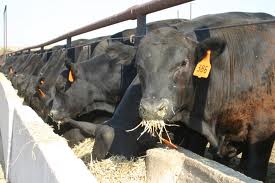 If you count grazing, feedlots, and land for growing livestock feed, well over half the Earth is being used to raise cattle. What we need is a LOT less of THIS…

The Bottom Line. Assuming that the Goodland and Anhang number of 51% is correct, getting a total worldwide livestock reduction of 25% in three years is still an almost impossible task. Consider the following: 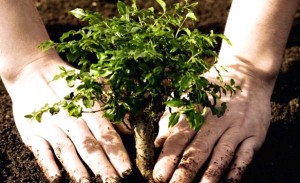 And a LOT MORE of THIS.

Without a doubt, our only chance is to amass a HUGE global awareness campaign promoting the health and environmental benefits of consuming as much plant-based alternates to meat, dairy, eggs and fish (MDEF) as possible.

Finally, this massive campaign must be privately funded, coordinated and executed. There’s not enough time to deal with governments, industries and institutions.

As for cost, it might be $100 billion or more. But so what? We casually spend enormous funds for far less significant endeavors: $50 Billion for the Sochi Games? $19 Billion for WhatsApp?

What is the future of our civilization worth? Certainly more than “winter games” and a cellphone app.

Personal. Although I never met Robert Goodland, I was aware of his work and he was aware of mine. On 11-10-13, just six weeks before his death, he reached out to me and we had a brief email exchange. He wrote:

Dear Morris (if i may?), Many thanks. Keep up the great work. Very best to Colin C when you next see him. He helped get the World Bank out of financing industrial livestock. Warm congratulations on your blog, Robert.