Ideally, the greatest philanthropic wealth in the world would be spent addressing the leading CAUSES of the world’s biggest problems. That requires “fixing the system” that caused the problems in the first place, not just relieving the suffering of the victims. For example, sending food to the hungry does not address the root cause of world hunger. 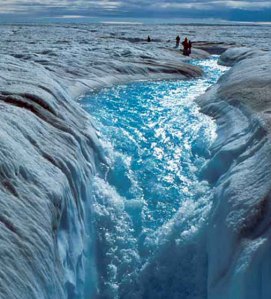 Global warming causing rivers where they’re not supposed to be. Messing with nature.

So what are the world’s most urgent problems? Depends on who you ask. Here’s my top five:

One. Global warming. To me, this is the elephant in the room. It’s the single problem that can exacerbate all of the other problems that follow. Yet how many of the wealthiest philanthropists have made it their #1 priority. And of them, how many are addressing the number one cause?

TWO. Water Shortage. We survived 200,000 years without oil and we could survive for forty days without food. But we can’t live for three days without water. Not only do we need it to drink, but we also need it to grow our food. Lack of water is rapidly becoming a HUGE problem for humans.

THREE. World Hunger. One billion people go to bed hungry every night. And it’s only going to get worse as we run out of land and water to grow food. Sending CARE packages to Ethiopia is not going to fix the problem. 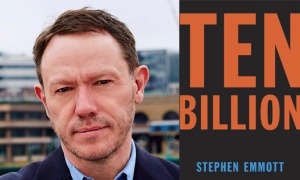 FOUR. Overpopulation. According to Dr. Stephen Emmott, we passed the sustainable carrying capacity of the planet long ago. While he predicts that we’ll grow to TEN BILLION by the end of the century, we’re currently on a pace to hit 28 BILLION by then.

FIVE. Our Unsustainable Lifestyle. This one doesn’t seem as urgent as the first four, but in reality, it is the silent problem that may be causing the most damage. For unless we learn to live sustainably, our future as a species is in jeopardy. And the way we eat is the single biggest piece of our grossly unsustainable lifestyle. 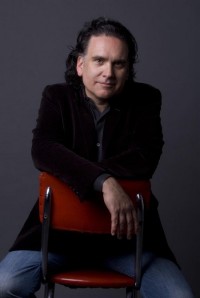 So what are the big-time philanthropists doing? Lately, the Buffett brothers, Howard and Peter, have been making the news as they begin to share the philanthropic limelight with their famously wealthy father. Peter wrote an Op-Ed for the New York Times back in July, 2013 and Howard published a book about his war on world hunger a few months later in October.

Peter’s Op-Ed was entitled the Charitable Industrial Complex (See link below)and was one of the articles that inspired me to start thinking about whether or not ANY of the big charities were making a dent in addressing the causes of the world’s biggest problems. They certainly haven’t made a dent in any of my list of problems mentioned above. This phrase in the article caught my attention and I’ve been talking about it ever since:

Inside any important philanthropy meeting, you witness heads of state meeting with investment managers and corporate leaders. All are searching for answers with their right hand to problems that others in the room have created with their left. 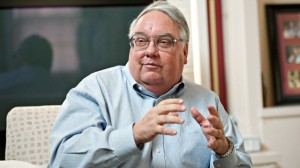 Howard’s book is entitled 40 Chances: Finding Hope in a Hungry World, with the 40 referring to the number of growing seasons in a typical farmer’s career.

I haven’t read the entire book, but after scanning the table of contents and reading a few of the pages supplied on Amazon, my conclusion is that while Howard’s efforts are noble, he clearly doesn’t know enough to “fix” the systemic problems of world hunger.

To do so, he would have to acknowledge that it makes no sense whatsoever to produce meat and dairy calories in a world of starving people. On a per calorie basis, they require over ten times as much land, water and energy as do plant-based calories. And given the carnivorous preferences of his father, it would be real surprising to see the Buffett family suddenly give up their meat and dairy in order to feed the poorest billion people on Earth.

And that’s not likely to happen anytime soon. In a January 2012 issue of TIME (See link below), the elder Buffett had this to say about what he is eating these days:

Buffett, who has a soft elderly face but moves briskly, stacks a plate high with waffles, bacon and roast beef. Despite his Eisenhower-era diet, which includes 60 oz. of Coke (preferably Cherry) a day, Buffett remains surprisingly thin. “I haven’t had a taste of broccoli or asparagus in years!” he boasts. “I formed my thoughts on eating at the age of 5, and I haven’t changed them.” 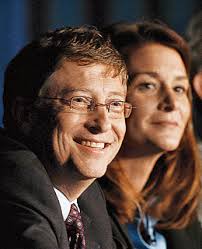 Bill and Melinda Gates control the largest philanthropic fund in the world.

What about Gates? How could I write a blog about philanthropy without mentioning Bill Gates?” In January, 2013, (See link below) he was featured in a WSJ article with this title: Bill Gates: My Plan to Fix The World’s Biggest Problems

Again noble efforts to be sure, although I found that he had none of my top five on his list. And he never once mentioned that our civilization may collapse or that the human species could become extinct in the next thousand years—a mere blink in the eye of history.  The article read:

“From the fight against polio to fixing education, what’s missing is often good measurement and a commitment to follow the data. We can do better. We have the tools at hand.”

The Bottom Line. Unless we’re working on sustainable living for humankind, we’re just wasting our time and money. Borrowing part of a line from General Patton on war, I have drafted a similar quote about sustaining our species.

“Compared to war, all other forms of human endeavor shrink to insignificance.”

“Compared to sustaining our species, all other forms of human endeavor (including war) shrink to insignificance.” —-J. Morris Hicks

The problem is that most of our leaders and philanthropists are comfortably unaware of where we’re headed as a civilization.  Even the large, well established environmental groups are clueless to the connection between our food choices, the environment and sustainability.

That means we must help them become aware. A key element of our S.O.S. (Saving Our Species) Global Initiative must be a highly focused effort to help the world’s top philanthropic groups understand exactly what’s at stake in this game of “Living Dangerously” that we’ve been playing for the past fifty years. 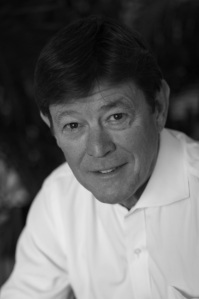 See the last link below featuring James Cameron’s upcoming Years of Living Dangerously documentary that will be aired on Showtime in April of 2014. It focuses on my #1 problem, global warming.

One final point. An urgent shift to eating mostly plants would make a serious dent in four of my top five problems mentioned at the beginning of this blog. The only one it wouldn’t help is overpopulation—although a collapse of our civilization would take care of that one quickly. Hopefully, we’ll figure out a more acceptable solution.

Ending on a positive note, I am convinced that if the world’s leading philanthropists were to completely understand what our Western diet-style is doing to our health, our planet and the future of our species—that they would begin to apply their mighty wealth to making things right. And under the leadership of highly influential and enlightened individuals like James Cameron, I believe that this will happen.

A former strategic management consultant and senior corporate executive with Ralph Lauren in New York, J. Morris Hicks has always focused on the "big picture" when analyzing any issue. In 2002, after becoming curious about our "optimal diet," he began a study of what we eat from a global perspective ---- discovering many startling issues and opportunities along the way. In addition to an MBA and a BS in Industrial Engineering, he holds a certificate in plant-based nutrition from the T. Colin Campbell Center for Nutrition Studies, where he has also been a member of the board of directors since 2012. Having concluded that our food choices hold the key to the sustainability of our civilization, he has made this his #1 priority---exploring all avenues for influencing humans everywhere to move back to the natural plant-based diet for our species.
View all posts by J. Morris Hicks →
This entry was posted in Big Picture, Celebrities, Climate Change, SOS (Saving Our Species). Bookmark the permalink.