The Big C—twice in one week for Warren Buffett 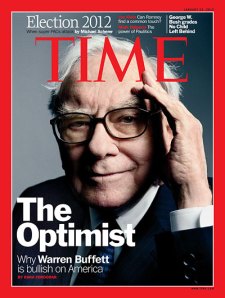 The first “Big C” was Congress debating and voting on the “Buffett Rule” of taxation. And the second was Mr. Buffett announcing that he has Stage 1 prostate cancer. From the New York Times (See 4-17-12 article below), as the title of article suggests, Mr. Buffett is downplaying the effects of the cancer on his life or his work:

Warren E. Buffett disclosed on Tuesday that he had prostate cancer, a development that would probably heighten the questions over his successor as the chief executive of his conglomerate, Berkshire Hathaway.

Yet Mr. Buffett, who will turn 82 this summer, also made clear that he would continue to run the company, writing to shareholders that the disease was in Stage 1 and that he had been told by doctors that it was “not remotely life-threatening or even debilitating in any meaningful way.” 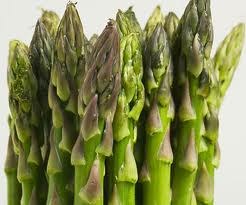 One of nature's best cancer-fighters---definitely NOT one of Mr. Buffett's favorite foods.

Earlier blog. I recently blogged about the world’s third richest man (1-21-12) after reading about his dietary preferences in a Time cover story earlier this year. In that article, he was almost boasting about his unhealthy eating habits.

I found it disturbing at the time that the world’s third richest—and one of the world’s most influential people—was not helping people understand the millions of lives that could be saved—simply by changing what we eat.

Here is a brief excerpt from that blogpost, which was all about the importance of “conscience” that he learned from his father.

My question is this. If he were to understand what our Western diet-style is doing to our health, our planet and the future of our way of life; how would his conscience permit him to not apply a portion of his mighty wealth to changing it? Maybe his conscience is not as strong as his appetite. From the Time article:

Buffett, who has a soft elderly face but moves briskly, stacks a plate high with waffles, bacon and roast beef. Despite his Eisenhower-era diet, which includes 60 oz. of Coke (preferably Cherry) a day, Buffett remains surprisingly thin. “I haven’t had a taste of broccoli or asparagus in years!” he boasts. “I formed my thoughts on eating at the age of 5, and I haven’t changed them.”

One of Mr. Buffett's favorite foods---part of the toxicity of our diet that is the single biggest cause of cancer in the western world.

Bacon and roast beef? He might feel differently when he learns what’s at stake. The definition of conscience, from my online dictionary: an inner feeling or voice viewed as acting as a guide to the rightness or wrongness of one’s behavior.

But now that Mr. Buffett has been diagnosed with cancer, he may be more open to learning about prostate cancer and what, if anything, can be done to prevent it. And if he does learn more, we are confident that his conscience would insist that he do the right thing. Imagine what he could do with his wealth in terms of truly fighting cancer—the way Dr. Colin Campbell outlined in The China Study. 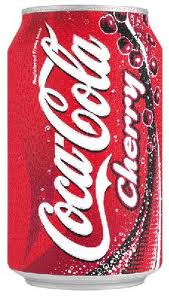 Cherry coke, a big favorite of Mr. Buffett, who consumes 60 ounces a day.

In our book, we cover the chronic diseases that are primarily driven by the food that we eat—and among them are virtually all cancers. Quoting Dr. T. Colin Campbell in Chapter 3 under the “Big C” section:

Requested meeting with Mr. Buffett. As a member of the board of directors of the T. Colin Campbell Foundation, I am sure that Dr. Campbell would love the opportunity to meet with Mr. Buffett and tell him all about cancer and what we can do about it. And it’s not about providing financial support for the kinds of “magic bullet” research that’s been taking place since Nixon was president. It’s about understanding and taking action on the fact that “the toxicity of our diet is the single biggest cause of cancer.”

Added on April 20, upon receiving my copy of Time’s “100 Most Influential People in the World” issue. As expected, Mr. Buffett is in that group and his article was written by President Obama. Here is an excerpt…

Warren Buffett is not just one of the world’s richest men but also one of the most admired and respected. He has devoted the vast majority of his wealth to those around the world who are suffering, or sick, or in need of help….Today, at 81, he reminds us that life is not just about the value you seek. It’s about the values you stand for.

I should also add that as an executive recruiter, I have been quoting Mr. Buffett for years. In describing what he seeks in CEOs of companies that he might acquire, he says, ” I look for three things: Intelligence, Energy and Integrity. And if the CEO doesn’t have Integrity, those first two will kill you.”

A former strategic management consultant and senior corporate executive with Ralph Lauren in New York, J. Morris Hicks has always focused on the "big picture" when analyzing any issue. In 2002, after becoming curious about our "optimal diet," he began a study of what we eat from a global perspective ---- discovering many startling issues and opportunities along the way. In addition to an MBA and a BS in Industrial Engineering, he holds a certificate in plant-based nutrition from the T. Colin Campbell Center for Nutrition Studies, where he has also been a member of the board of directors since 2012. Having concluded that our food choices hold the key to the sustainability of our civilization, he has made this his #1 priority---exploring all avenues for influencing humans everywhere to move back to the natural plant-based diet for our species.
View all posts by J. Morris Hicks →
This entry was posted in Cancer, Celebrities. Bookmark the permalink.