Facebook CEO Zuckerberg — only eating meat that he kills

Mark Zuckerberg says that for 2011, he’s only eating meat that he kills. 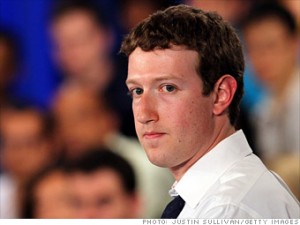 With the possible exception of Oprah, Mark Zuckerberg may have the ability to influence the behavior of more people than any other single person in the world. Facebook got some of the credit for the “Arab Spring,” will soon have one billion members, and everything its founder does is big news.

So what is Mark doing now? Well, it turns out that every year he likes to take on a new challenge. According to a recent Fortune article (See link below), he learned the Mandarin Chinese language last year and in 2009, he wore a necktie every single day. This year he has decided to only eat the meat he kills. According to the article:

It’s an odd dietary direction for the 27-year-old Internet billionaire, but since he has taken to killing goats, pigs and chickens, “I’m eating a lot healthier foods. And I’ve learned a lot about sustainable farming and raising of animals,” he says. “It’s easy to take the food we eat for granted when we can eat good things every day.”

As for wearing a necktie every day in 2009 and learning Chinese in 2010, I doubt that those “annual challenge” choices influenced very many people outside of a few of his employees. But, this latest challenge of only eating meat that he has killed — this one has the potential to change the world. But first he needs to learn what’s at stake. To help facilitate that process as efficiently as possible, I have written him a note — similar to the one I wrote to Oprah a few weeks ago: 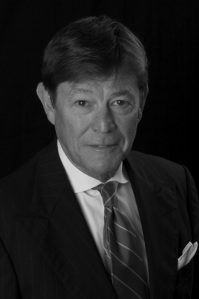 J. Morris Hicks, the "big picture guy" when it comes to the food we eat and the enormous impact that it has on so many aspects of our lives on this planet.

First of all, I am very impressed with your amazing accomplishments. Like millions of others, I have seen “your movie,” am a member of Facebook myself, admired the generosity of your $100 million donation to the Newark Schools, and was amazed with the role that Facebook played in the demise of the Mubarak regime in Egypt. I also admire your ability to tackle an interesting challenge every year and with your ability to follow through with your commitments.

As for this year’s challenge of only eating meat that you kill; I imagine that it will have a positive influence on many people. Millions will hear about what you’re doing and will, as you did,  start eating a healthier diet and will learn more about sustainable farming and the ethical raising of farm animals.

And while these are good things that will benefit some, just imagine for a moment the enormous global impact that you could have if you leveraged your powerful influence by focusing on a singular effort that can benefit humankind and our planet home more than any other? What am I talking about? From the Introduction to my about-to-be-released BenBella book, Healthy Eating – Healthy World…

In a nutshell, this book is all about the single most powerful move that we humans can make to promote our own health, reduce obesity, lower the cost of health care, nurture our fragile environment, conserve our energy resources, feed the world’s steadily growing population and greatly reduce the suffering of billions of animals throughout the world.  Like a “blinding flash of the obvious,” the single most viable solution to all these issues is an aggressive move in the direction of consuming much more whole, plant-based foods—not necessarily becoming vegetarian or vegan.

My primary objective in writing this book was to outline in simple everyday terms the extent of the problems we face along with an explanation of how this all happened— and what each of us can do to make things better.  Fortunately, despite the incredible complexity of our current dilemma, the solution is refreshingly simple.  All we have to do is educate ourselves, start making better choices in what we eat — then share all that we have learned with everyone that we care about.  I am convinced that there has never been anything more important in the history of the world.

Unfortunately the book will not be in the stores until October, but there’s no need to wait. Being one of the smartest people in the world, I am almost certain that you will quickly grasp the “big picture” with regards to the enormous impact of what we are eating in the western world — a global impact that goes far beyond our own health. All you need to is take one hour a day for the next seven days — and do a little reading:

After reading all of the above, I am confident that you will know exactly what to do next. Your newfound knowledge coupled with your name, your company and your enormous wealth puts you in a singular position to change the world like no other person in history. Before you get started, you may want to give Oprah a call — just imagine what the two of you could accomplish together. JUST IMAGINE!

My nephew Shawn in the Arizona desert

One more thing, I have a nephew about your age who holds a PhD in Engineering and is now in his second year as a consultant with McKinsey in New York. While a student at Georgia Tech in 2005, he read one book that I gave him, his light went on immediately, and he adopted his new and improved life-long (not just one year) way of eating that same day.

Give me a call; Shawn and I would love to come out to Palo Alto and provide you with any support that you might need.

PS: It was actually Shawn who suggested that I write this blog about the Fortune article below. If you’d like to chat, please contact me at jmh@jmorrishicks.com or on my iPhone at 917-399-9700.

A former strategic management consultant and senior corporate executive with Ralph Lauren in New York, J. Morris Hicks has always focused on the "big picture" when analyzing any issue. In 2002, after becoming curious about our "optimal diet," he began a study of what we eat from a global perspective ---- discovering many startling issues and opportunities along the way. In addition to an MBA and a BS in Industrial Engineering, he holds a certificate in plant-based nutrition from the T. Colin Campbell Center for Nutrition Studies, where he has also been a member of the board of directors since 2012. Having concluded that our food choices hold the key to the sustainability of our civilization, he has made this his #1 priority---exploring all avenues for influencing humans everywhere to move back to the natural plant-based diet for our species.
View all posts by J. Morris Hicks →
This entry was posted in Big Picture, Celebrities, Sustainability. Bookmark the permalink.