CANCER. The Suffering. The Expense. The Tragedy. 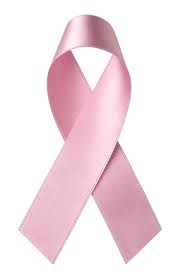 Walk for the cure, hope & pray for a miracle, get routine screenings and keep on doing what you’re doing—while everyone in the industry keeps getting paid.

That’s the headline that first caught my eye. Then, a few days later I saw this one: “Why Medical Bills Are Killing Us.” That’s when I decided to write a blog featuring both of those articles.

When I saw that first headline, I immediately thought of early puberty and its association with breast cancer. From my “Extremely early puberty” article below, I quote Dr. Joel Fuhrman:

Early puberty is obviously not due to any one factor, but rather to the combined effect of the modern diet of processed foods, cheese, daily animal products and the lack of fresh produce….Early puberty is strongly associated with breast cancer and the occurrence of breast cancer is three times higher in women who started puberty before age twelve.

From a 2010 USA Today article, “Early puberty in girls is raising health concerns.”

Repeat. The incidence of breast cancer is three times higher in women who started puberty before age twelve. What about age 7 or younger? (See graph). So when I see news about more breast cancer in younger women, I naturally think about early puberty—which is largely the result of eating the wrong food for our species. Yet, none of the many articles even mention this blinding flash of the obvious observation.

The solution. We’ve been eating the wrong food for our species in a big way for about thirty years and we’re now reaping what we sow—with diseases that seem to baffle our entire medical community.

The simple answer to most of our chronic diseases is to begin feeding our children mostly whole plants from the time that they are weaned. In so doing, we’ll give those kids the best possible chance to avoid ALL chronic disease for the rest of their lives.

More on early puberty in girls. So what are the average numbers in the United States these days? This quote comes from the New York Times article referenced in my blog about “puberty before age 10” shown below.

In the late 1980s, Marcia Herman-Giddens, then a physician’s associate in the pediatric department of the Duke University Medical Center, started noticing that an awful lot of 8- and 9-year-olds in her clinic had sprouted pubic hair and breasts. The medical wisdom, at that time, based on a landmark 1960 study of institutionalized British children, was that puberty began, on average, for girls at age 11. But that was not what Herman-Giddens was seeing. So she started collecting data, eventually leading a study with the American Academy of Pediatrics that sampled 17,000 girls, finding that among white girls, the average age of breast budding was 9.96. Among black girls, it was 8.87.

So there you have it. The average age of puberty in the United States was below ten years old way back in the early 90’s. And now some of those little girls are getting breast cancer in their twenties. As for the current average age of puberty; it continues to worsen and may now very well be under 9 years of age. See Guardian article below: Onset of puberty in girls has fallen by five years since 1920.

Why do we not hear this kind of cancer information from the American Cancer Association?

1. [C]asein (the protein in cow’s milk) and very likely all animal proteins, may be the most relevant cancer-causing substances that we consume.

2. There is enough evidence now that the U.S. government should be discussing the idea that the toxicity of our diet is the single biggest cause of cancer.

3. There is enough evidence now that doctors should be discussing the option of pursuing dietary change as a potential path to cancer prevention and treatment.

4. Our institutions and information providers are failing us. Even cancer organizations, at both the national and local level, are reluctant to discuss or even believe this evidence.

5. Food as a key to health represents a powerful challenge to conventional medicine, which is fundamentally built on drugs and surgery.

They’re making history alright—making more money off a preventable disease than any organization in history.

Cancer is a HUGE business. And there is no money to be made in prevention. Consider this list of three facts from a recent TIME article mentioned earlier (See link below)

1. Our nation’s largest cancer center. Although it is officially a nonprofit unit of the University of Texas, MD Anderson has revenue that exceeds the cost of the world-class care it provides by so much that its operating profit for the fiscal year 2010, the most recent annual report it filed with the U.S. Department of Health and Human Services, was $531 million. That’s a profit margin of 26% on revenue of $2.05 billion, an astounding result for such a service-intensive enterprise.

2. Mckinsey reports on nonprofit medical organizations. The 2,900 nonprofit hospitals across the country, which are exempt from income taxes, actually end up averaging higher operating profit margins than the 1,000 for-profit hospitals after the for-profits’ income-tax obligations are deducted. In health care, being nonprofit produces more profit.” 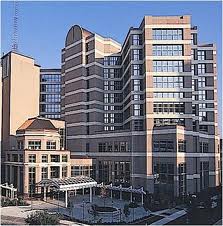 MD Anderson, one of the largest employers in the state of Texas

3. Salaries for big cancer executives. The president of MD Anderson is paid like someone running a prosperous business. Ronald DePinho’s total compensation last year was $1,845,000. That does not count outside earnings derived from a much publicized waiver he received from the university that, according to the Houston Chronicle, allows him to maintain unspecified “financial ties with his three principal pharmaceutical companies.”

The above three paragraphs are just a few of the hundreds in the TIME article below that cover the out-of-control cost of healthcare that is occurring in all diseases—not just cancer. Want to see more? Take a look at the second source article below. I have to confess; I did not finish the article—the whole mess just makes me sick.

The Bottom Line. Cancer, heart disease, diabetes and all the other food-driven chronic diseases in the western world are HUGE businesses. And 35 million jobs in the USA are dependent on them staying in business—and growing. What can you do about it? You can take charge of your own health, you can help prevent early puberty in your daughters and you can share this wonderful news with everyone you know—even your doctor.

A former strategic management consultant and senior corporate executive with Ralph Lauren in New York, J. Morris Hicks has always focused on the "big picture" when analyzing any issue. In 2002, after becoming curious about our "optimal diet," he began a study of what we eat from a global perspective ---- discovering many startling issues and opportunities along the way. In addition to an MBA and a BS in Industrial Engineering, he holds a certificate in plant-based nutrition from the T. Colin Campbell Center for Nutrition Studies, where he has also been a member of the board of directors since 2012. Having concluded that our food choices hold the key to the sustainability of our civilization, he has made this his #1 priority---exploring all avenues for influencing humans everywhere to move back to the natural plant-based diet for our species.
View all posts by J. Morris Hicks →
This entry was posted in Cancer, Cost of Health Care. Bookmark the permalink.

6 Responses to CANCER. The Suffering. The Expense. The Tragedy.