Riding the cancer train to fame and fortune 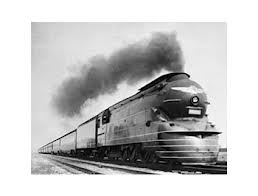 The cancer train has no signs of slowing down.

Two news stories caught my attention this week. One from Boston, the other from Los Angeles. Both were stories about how big money is being made in the cancer industry. The richest man in Los Angeles owes his vast wealth to the 41-year war on cancer and the never-ending search for the cure.

Meanwhile, at my local Big-Y supermarket during the entire month of October, all customers are greeted with the same cheery question from the cashier:

“Would you like to donate a dollar for breast cancer research?”

From the super rich to the bottom rung of the middle class, everyone gets a chance to participate in the cancer industry. And it has become so ubiquitous, that one tends to feel a pang of guilt if she doesn’t pony up that dollar when asked by the cashier. After all, what would her neighbor in line next to her think if she was too cheap and/or too uncaring to help fight cancer?

But are we really fighting cancer? Or are we just all participating in an incredibly complex process of producing drugs to treat symptoms, providing jobs for millions, and creating vulgar levels of wealth for a privileged, and very shrewd, few? From L.A. to Boston; let’s take a look.

In Los Angeles. Mr. Patrick Soon-Shiong (part owner of the Lakers) made the news this week after announcing a joint venture to create a nationwide system for sharing DNA and other data on cancer patients.

The richest man in Los Angeles

So is L.A.’s richest man doing this out of the goodness of his heart or is he just pumping more energy into the industry that has made him one of the wealthiest people on the planet? Exactly where did all that wealth come from? From Reuters (See link below):

Question: How rich would Mr. Soon-Shiong be without the cancer industry? 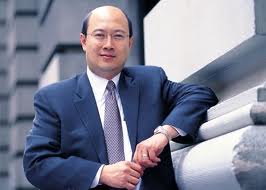 In Boston, another story about making money on the cancer train. An MIT finance professor and hedge fund manager (Andrew Lo), wants to bring Wall Street-style financial­ engineering to curing cancer. From the Boston Globe article:

Named this year as one of Time magazine’s 100 most influential people in the world, Lo runs an investment firm in Cambridge called AlphaSimplex Group, with $3 billion in assets. He is known for his “adaptive markets” financial theory, which maintains that prices and investors are not always rational.

Now he is proposing an idea that would go beyond his own firm, creating a “megafund” that would flood early-stage research in cancer drugs with $30 billion. By supporting as many as 150 experimental compounds at any one time and bringing in large numbers of investors, he argues, the risk would be spread over a much larger base. Even if just a few of the treatments prove effective, Lo estimates the fund would be profitable, earning equity investors annual returns of 7 to 10 percent.

“Only with massive scale can you reduce the risk of this early-stage research,’’ said Lo, who pitched his megafund idea in a paper published Sunday in the journal Nature Biotechnology. “Finance is a means to an end. It’s a way to allow us to collaborate on problems of unprecedented scale,” he said.

Results? With all of this “collaboration on problems of unprecedented scale,” what kind of progress has been made?  How are we doing with our “war on cancer” that was famously launched by President Nixon—41 years ago?

The Scoreboard (As I see it—using football scores)

Those simple steps, of course, are simply teaching everyone the importance of returning to the natural, health-promoting, diet for our species. But, there’s no money to be made by preventing cancers.

The big money is being made in treating cancers—and with the cancer genome atlas just beginning to gather momentum, the cost of these personalized treatments will continue to spiral out of control and will soon bankrupt our entire nation. Current score:

You think this is lopsided? It’s going to get a lot worse if our government doesn’t start telling all citizens about the leading cause of cancer and the simple steps to control it.

Even when they ever tell us the truth, only a small percentage will follow the health-promoting advice. But it will be a much-needed step in the right direction.

A former strategic management consultant and senior corporate executive with Ralph Lauren in New York, J. Morris Hicks has always focused on the "big picture" when analyzing any issue. In 2002, after becoming curious about our "optimal diet," he began a study of what we eat from a global perspective ---- discovering many startling issues and opportunities along the way. In addition to an MBA and a BS in Industrial Engineering, he holds a certificate in plant-based nutrition from the T. Colin Campbell Center for Nutrition Studies, where he has also been a member of the board of directors since 2012. Having concluded that our food choices hold the key to the sustainability of our civilization, he has made this his #1 priority---exploring all avenues for influencing humans everywhere to move back to the natural plant-based diet for our species.
View all posts by J. Morris Hicks →
This entry was posted in Cancer and tagged money and cancer. Bookmark the permalink.

7 Responses to Riding the cancer train to fame and fortune