After Oprah, not much news about Lance these days 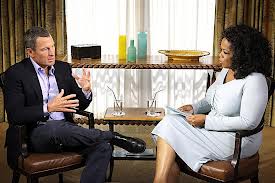 About four weeks ago, I posted a blog about Lance Armstrong shortly after his tell-all interview with Oprah. At that time, I announced that I had forgiven Lance and would give him the benefit of the doubt as he moved forward.

My blog was somewhat controversial, which is not surprising—as many people expressed their anger at Lance for betraying all of his fans, cancer victims, etc. But now the dust has settled a bit, and I see in the New York Times that the Livestrong Foundation is feeling the effect of the scandal—maybe people will be more willing to forgive Lance; particularly if he focuses on truly helping people.

From the Times article (See link below):

Regarding Livestrong. David Reibstein, a professor of marketing at the University of Pennsylvania, said, “I think there’s no question that some people are going to be disillusioned and therefore are not interested in continuing their support.”

He added, “But people still care about fighting cancer, so I don’t think we’ll see it totally disappearing.”

So, how are you feeling about Lance now? Let’s find out. Please select one of the three answers below that best describes how you feel:

Why did I forgive Lance? First of all, I have always been a very forgiving person. I don’t think anger and holding grudges is healthy and I try not to judge anyone for anything. Secondly, I am now in the business of pursuing a world-changing mission that is extremely short on prominent leadership. 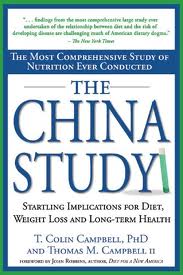 Has been read by over one million people. Imagine if one billion read it.

While billions of people are talking about finding the cure for cancer; hardly anyone is talking about sharing the complete truth about prevention of cancer with everyone in the world. In a recent blog about cancer, I quoted some “astounding truths” from The China Study. For your convenience, here are five of them:

So, what if Lance Armstrong made true cancer prevention his next big mission? How many people could he reach? Well, it depends on the poll above. My bet is that most people would end up forgiving him if he got real serious about a noble cause. As for the “cancer prevention” cause, his actions would not only fight cancer—but they would simultaneously promote the longterm sustainability of the human race.

Do you know of any causes more important than that?

I figure that around two billion people have heard of Lance Armstrong. If over half of them forgive him and will once again listen to him—Lance could play a huge part in changing the world. I look forward to seeing the poll results and hearing your comments.

A former strategic management consultant and senior corporate executive with Ralph Lauren in New York, J. Morris Hicks has always focused on the "big picture" when analyzing any issue. In 2002, after becoming curious about our "optimal diet," he began a study of what we eat from a global perspective ---- discovering many startling issues and opportunities along the way. In addition to an MBA and a BS in Industrial Engineering, he holds a certificate in plant-based nutrition from the T. Colin Campbell Center for Nutrition Studies, where he has also been a member of the board of directors since 2012. Having concluded that our food choices hold the key to the sustainability of our civilization, he has made this his #1 priority---exploring all avenues for influencing humans everywhere to move back to the natural plant-based diet for our species.
View all posts by J. Morris Hicks →
This entry was posted in Activism & Leadership, Athletic performance, Cancer, Celebrities, Poll included. Bookmark the permalink.

8 Responses to After Oprah, not much news about Lance these days