When 51% of the popular vote is called a DECISIVE victory…It means that Americans are equally split on just about everything.

The fact is that no matter who you are—or how charming or righteous you might be; it’s darn near impossible to get much over 50% of the people to support you. President Obama won the popular vote 51% to 48% over Mitt Romney. The pundits called it a decisive victory; Mitt Romney called it a devastating defeat. I call it a fact of life in today’s world.

It is impossible to get everyone to like you, to trust you or to listen to your advice. In fact, it’s nearly impossible to earn support from over 60% of almost any population. And that is why we need to actively solicit the support of every powerful leader we can find who embraces the global adoption of a whole foods, plant-based diet.

Last week, I posted a blog about General David Petraeus; inviting him to join our 4Leaf Army—if he were willing to embrace the plant-based lifestyle to help us promote the longterm sustainability of the human race. A number of my readers reported that they lost respect for me because I was willing to ask someone of his suspect character to join the team. This was my response:

Thank you everyone for your comments. I felt that I should post a general response as I may not have explained my position very well.

As you may know, many of our nation’s greatest leaders have committed a few sins here and there. We’re human and we make mistakes; I know that I have. As far as General Petraeus is concerned, this affair may very well  be one of only a very few serious mistakes he has made in his life. No one really knows—except him. Meanwhile, he has distinguished himself throughout his career and has played a big role in helping to make America safe for all of us.

Likewise, most people today think that Bill Clinton was a great president and that he did some great things for our country. Did he make a few mistakes? Yes. Would I like to have Bill Clinton on our team? Absolutely!

Personally, it’s really not for me to judge the mistakes of anyone else, including many of our greatest leaders; I just care about waking up the world to what the human race is doing to the planet and her ability to sustain life as we know it. I sincerely believe that changing what we eat is the most powerful step that we can take toward doing that. And we don’t need just one leader, we need as many as we can get. The politicians can’t get it done for many reasons and we know that the food or medical industries are not going to lead the change.

Bill Clinton went vegan in 2010 and it probably saved his life. He remains our most prominent spokesman for eating plant-based.

It is a fact that world-famous people like Bill Clinton, Lance Armstrong, Tiger Woods, Arnold Schwarzenegger, and David Petraeus can still influence millions, if not billions of people. The bottom line is we need all the well-known leaders we can get. And there are a lot more leaders who have sinned than there are those who have always been righteous.

So yes, if David Petraeus embraced the whole foods, plant-based, diet-style to help promote health and to help ensure the longterm sustainability of the human race—then I would love to have in on our team. Guys like him and Clinton can reach hundreds of  millions of people, whereas I can only reach a few thousand. I will end with this passage from the Holy Bible:

According to the Gospel of John, the Pharisees, in an attempt to discredit Jesus, brought a woman charged with adultery before him. Then they reminded Jesus that adultery was punishable by stoning under Mosaic Law and challenged him to judge the woman so that they might then accuse him of disobeying the law. Jesus thought for a moment and then replied, “He that is without sin among you, let him cast the first stone at her.” The people crowded around him were so touched by their own consciences that they departed.

Thank you for your continued interest and support and for doing your part to promote the plant-based lifestyle—for our health, for our families, for our planet and for the longterm sustainability of the human race. Sincerely, Jim Hicks 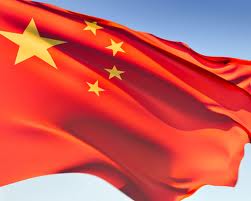 Millions of people in China and India are adopting the typical western diet every year.

The Bottom Line. 95% of Americans eat some form of the typical western diet—with meat, dairy and eggs several times a day. And although more are joining our plant-based ranks every year, there are probably ten times more people in places like China and India that are moving in the other direction.

We are NOT winning the war when it comes to moving the world to a health-promoting, planet-saving, compassionate way of eating. And the reason is a lack of leadership. Just like everyone doesn’t respect Barack Obama or Mitt Romney, they both had millions of people who voted for them and they both have the ability to influence the behavior of those millions of supporters.

The same goes for Bill Clinton, Lance Armstrong, Tiger Woods, Arnold Schwarzenegger, and David Petraeus. While no more than half the population respects any one of them, between the five of them, there are over a billion people out there who do. If this group of five “tainted” individuals could influence half of that group (500 million people) to help get our world moving back into harmony with nature—I guarantee you that all of our great-grandchildren would be eternally grateful. —My 653rd consecutive daily blog—

For your convenience, a few of my earlier blogs on the crucial topic of leadership:

A former strategic management consultant and senior corporate executive with Ralph Lauren in New York, J. Morris Hicks has always focused on the "big picture" when analyzing any issue. In 2002, after becoming curious about our "optimal diet," he began a study of what we eat from a global perspective ---- discovering many startling issues and opportunities along the way. In addition to an MBA and a BS in Industrial Engineering, he holds a certificate in plant-based nutrition from the T. Colin Campbell Center for Nutrition Studies, where he has also been a member of the board of directors since 2012. Having concluded that our food choices hold the key to the sustainability of our civilization, he has made this his #1 priority---exploring all avenues for influencing humans everywhere to move back to the natural plant-based diet for our species.
View all posts by J. Morris Hicks →
This entry was posted in Activism & Leadership, Celebrities. Bookmark the permalink.