In search of a few powerful, “BIG PICTURE” journalists 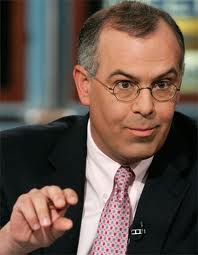 In the past few days, I ran across three separate articles in the New York Times—written by three different journalists: David Brooks, Reed Abelson and Elisabeth Rosenthal. (Links to all 3 articles provided below)

All three articles focused on out-of-control, unsustainable situations. None of them mentioned the common solution. While I originally planned to write a separate blog about each of the articles, I decided yesterday to combine them into one “big picture” blog.

I then decided to structure that blog in the form of an appeal for prominent journalists with international recognition to begin writing consistently about the “big picture” that I write about every day. And I addressed my appeal to the best-known of the three journalists that I mentioned—David Brooks.

On this first Monday of 2013, I am writing to ask for you to consider leveraging your international influence to educate the entire world about the blinding flash of the obvious solution to the most urgent set of problems in the entire history of the human race. The idea for this letter came to me after reading your “Fiscal Flop” column and other recent New York Times articles by two of your colleagues.

I am addressing this letter to you instead of them, because I have been reading your column for many years and perceive that you have a greater ability to influence “outside-the-box” thinking than the other two. I sincerely believe that you are among a very small group of journalists who have a greater ability to influence thinking than any Congress-person or state governor. People all over the world respect what you have to say—because what you say usually makes a lot of sense.

In your recent “Fiscal Flop” column, you described a completely unsustainable situation and chided the House and Senate for not making one single hard decision as they narrowly missed falling over the fiscal cliff. From the clarity of your column, it is painfully obvious that our current fiscal situation is grossly unsustainable—and my conclusion is that the problem is not going to be solved in Congress. In your column, you did an excellent job of describing the futility of our situation—and the unsustainability of the way we’re spending money—particularly on health care. From your article:

The average Medicare couple pays $109,000 into the program and gets $343,000 in benefits out, according to the Urban Institute. This is $234,000 in free money. Many voters have decided they like spending a lot on themselves and pushing costs onto their children and grandchildren. They have decided they like borrowing up to $1 trillion a year for tax credits, disability payments, defense contracts and the rest. They have found that the original Keynesian rationale for these deficits provides a perfect cover for permanent deficit-living.

The problem, sir, is that you have not proposed a workable solution to our spending problems. What if I were to tell you that the U.S. government could save over one trillion dollars per year on health care—by simply teaching everyone EXACTLY what we should be eating to promote health? What kind of impact would that have on our deficit spending? Can you think of anything that would have a greater impact?

I mentioned two other articles. One was about the cost of health insurance and the other about the food prices and widespread hunger in Guatemala. And guess what? By fixing our health problem, we conveniently solve these other two problems (and many more) at the same time. For your convenience, here is a brief quote from each article:

Health insurance companies across the country are seeking and winning double-digit increases in premiums for some customers, even though one of the biggest objectives of the Obama administration’shealth care law was to stem the rapid rise in insurance costs for consumers….Some consumer advocates say the continued double-digit increases are a sign that the insurance industry needs to operate under new rules. Often, rates soar because insurers are operating plans that are closed to new customers, creating a pool of people with expensive medical conditions that become increasingly costly to insure.

As Biofuel Demand Grows, So Do Guatemala’s Hunger Pangs by Elisabeth Rosenthal

GUATEMALA CITY — In the tiny tortillerias of this city, people complain ceaselessly about the high price of corn. Just three years ago, one quetzal — about 15 cents — bought eight tortillas; today it buys only four. And eggs have tripled in price because chickens eat corn feed…In a globalized world, the expansion of the biofuels industry has contributed to spikes in food prices and a shortage of land for food-based agriculture in poor corners of Asia, Africa and Latin America because the raw material is grown wherever it is cheapest.

Our wasteful western diet is the number one driver of world hunger.

Mr. Brooks, you stated in your column that, “No coalition of leaders has successfully confronted the voters, and made them heedful of the ruin they are bringing upon the nation.”

I might say the same for a similar coalition of journalists. Why have the world’s most influential thinkers failed us when it comes to the blinding flash of the obvious solution to our most urgent problems?

What is that solution? All we need to do is to start eating the right food for our species. The staggering global benefits of that simple step goes far beyond our cost of health care in the United States. What we’re talking about here is the longterm sustainability of the human race. What could be more important than that?

One final question: Why is there not a single prominent journalist writing consistently about this incredibly urgent situation—and its astoundingly simple solution? Your colleague, Mark Bittman, has the knowledge but lacks the necessary urgency or consistency in sharing that knowledge—before it’s too late. He recommends “patience” as we rocket toward global ruin at 200 mph. Maybe the two of you could work together to come up with a game plan. Please know that I would love to help you in that endeavor.

PS: Here are links to the reference articles for your convenience. Also, I have provided a few earlier blogs describing why most of the world’s greatest thinkers are missing the boat when it comes to this topic.

A former strategic management consultant and senior corporate executive with Ralph Lauren in New York, J. Morris Hicks has always focused on the "big picture" when analyzing any issue. In 2002, after becoming curious about our "optimal diet," he began a study of what we eat from a global perspective ---- discovering many startling issues and opportunities along the way. In addition to an MBA and a BS in Industrial Engineering, he holds a certificate in plant-based nutrition from the T. Colin Campbell Center for Nutrition Studies, where he has also been a member of the board of directors since 2012. Having concluded that our food choices hold the key to the sustainability of our civilization, he has made this his #1 priority---exploring all avenues for influencing humans everywhere to move back to the natural plant-based diet for our species.
View all posts by J. Morris Hicks →
This entry was posted in Activism & Leadership, Big Picture, Cost of Health Care. Bookmark the permalink.

5 Responses to A host of unsustainable issues—One common solution