Nobel Prize in Chemistry; All about the drugs—and the $$ 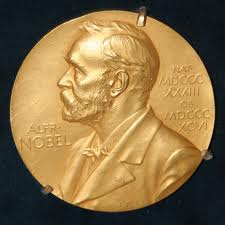 Whereas, promoting health and avoiding disease does not. For that reason, we hear news every day about the continuous search for high-tech drugs that will enable us to protect ourselves from our bad habits or cure us once we have been stricken by disease. Recently (10-11-12) we heard the following news about the Nobel Prize:

Two American researchers won the Nobel Prize in chemistry Wednesday for studies of protein receptors that let body cells sense and respond to outside signals like danger or the flavour of food. Such studies are key for developing better drugs.

The Royal Swedish Academy of Sciences said Robert Lefkow-itz and Brian Kobilka had made groundbreaking discoveries, mainly in the 1980s, on an important family of receptors, known as G-protein-coupled receptors.

About half of all medications act on these receptors, including beta blockers and antihistamines, so learning about them will help scientists to come up with better drugs. 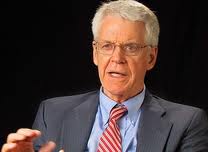 Dr. Caldwell Esselstyn of the Cleveland Clinic has reversed heart disease in nearly 100% of his patients — with diet change only.

Just as Dr. Esselstyn of the Cleveland Clinic faced ridicule from his peers when he started reversing heart disease in over 95% of his terminal heart patients; there continues to be no appreciation for simple, effective and inexpensive ways of promoting vibrant health. Back in the 80s, when Dr. Esselstyn started reversing disease with nothing more than a change in diet, he was mockingly called “Dr. Sprouts” by the other physicians.

After all, those macho heart surgeons had spent the better part of their life mastering their skills. And along with those skills came drama, prestige, excitement, power—and a boatload of money. Now someone comes along and says that we can simply eliminate the disease itself instead treating it. And we can do that with oatmeal, broccoli, spinach and Brussels sprouts. 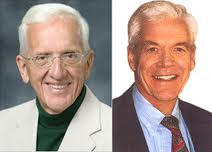 Dr. Campbell and Dr. Esselstyn. Both should receive the Nobel Prize—and I hope to live to see the day it happens.

That was thirty years ago, now all of the money is following the high drama route of high tech drugs and genetics. And we’re still ignoring the fact that 80% of our diseases are driven by our toxic western diet.

All we need to do is eat the right food and those diseases never happen in the first place. And, in many cases, they can also be reversed. As Dr. Esselstyn says about our nation’s #1 killer:

Heart disease is a toothless paper tiger that need never exist. And if it does exist, it need never progress.

But he has received no big prizes for his work. Nor has Dr. T. Colin Campbell. Together, along with a few other pioneering medical doctors, they have provided us with a clear roadmap to health. But the Cleveland Clinic is not promoting that clear path—nor is the Department of Nutritional Sciences at Cornell University.

Likewise, the Nobel Prize team is following the money and ignoring the immediate—and almost miraculous results of eating a near-optimal, whole foods, plant-based diet. But I am still hopeful that eventually these two great men will be rightfully honored for their incredible contributions.

With both of them vibrantly healthy and going strong in their seventies, the good folks at the Royal Swedish Academy of Sciences still have a few more decades to make things right—by awarding their coveted prize to the two most deserving recipients ever. (My 634th consecutive daily blog)

2 Responses to Nobel Prize in Chemistry; All about the drugs—and the $$