Just in time for the HBO ‘Obesity Documentary‘ 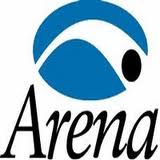 Arena, the producer of Lorcaserin

First there was Qnexa (by Vivus) and now there is Lorcaserin (by Arena) and both are targeted for release to the public this summer. This past week (5-10-12), an FDA advisory committee voted 18 to 4 to approve Lorcaserin. It is noted that both of these new drugs were up for approval in 2010 but failed to pass muster with the FDA. So why are they about to approve one of them—or both this summer? From the New York Times article (See link below):

The positive votes this time stem in part from new data provided by the companies. But they also seem to reflect a growing feeling, voiced by several members of the advisory committee Thursday, that new tools are needed to treat a major health problem.

About one-third of adults in the United States are obese, and excess weight raises the risk of diabetes, heart disease and other illnesses.

Politics? So, the drugs are still the same, but the committee is caving in to pressure—saying that “new tools are needed to treat a major health problem.” I’ve got an idea for a NEW TOOL. How about start training our doctors, dietitians and FDA officials in the origin of our out-of-conrol obesity epidemic. How about telling them that…

Yesterday, in my blog, I shared some information about what has happened to our good old American diet since 1909. In short, we have shifted from primarily plant-based foods to animal-based foods. Our per capita consumption of grains and potatoes is down more than 50% while our consumption of chicken is up 280%. Since 1960, that new diet-style has taken it’s toll on our average weight and on our cost of health care.

This new diet drug announcement is coming out just before a huge “obesity” documentary airing on HBO next week. It is entitled “The Weight of the Nation” and does an outstanding job of outlining our predicament. On the other hand, it does a terrible job of outlining what should be done about this problem.

They’ve got the package ready and the name has already been publicized—as the world waits for the next magic bullet.

In other words, the documentary itself may have convinced the people on the FDA committee to go ahead and vote for these two drugs—despite their dangerous side effects. Like me, they have probably all seen the DVD of the telecast (in advance) and have heard the dire prospects of a solution from the “best and brightest” in our wonderful world of academia, science and medicine.

Unfortunately, during the entire four plus hours of presentation, I didn’t hear a single one of those “best and brightest” talk about the simple process of telling people EXACTLY what they should be eating in order to avoid excess weight AND chronic disease. They gave diet lip service at best, and when they did, they always talked about the importance of “lean meats, fish and low-fat dairy” in a well-balanced, healthy diet.

Even though almost everyone knows that pills are not the answer to obesity, the advisory committee voted to approve these new drugs anyway. From the NY Times article:

Still, many of those who voted for approval at the meeting in Silver Spring, Md., expressed only muted enthusiasm for lorcaserin, saying it did not help people lose much weight.“It is not really the answer to the obesity problem, but it may be a steppingstone to help us out,” said Dr. Eric I. Felner, a pediatric endocrinologist at Emory University who voted in favor of approval. Two main safety concerns led the F.D.A. to turn down lorcaserin in 2010.

One was that the drug appeared to cause tumors in rats. Arena presented new data Thursday that seemed to persuade some, but not all, committee members that the rat experience would not apply to people, especially at the doses to be used.

The other concern, which appeared more worrisome to the committee, was whether lorcaserin damages heart valves. Lorcaserin works the same way as two drugs that were associated with the fen-phen diet pill combination but were withdrawn from the market in 1997 because they damaged heart valves.

The Bottom Line. Pills are not the answer to vibrant health and they are not the answer to losing weight. You can find all the information you need to take charge of your own health at 4LeafProgram.com. Still, many people want to have medical supervision when changing their diets; unfortunately, there are not many physicians out there who know much about promoting health with nutrition.

But there are a few; take a look at my recent blog on that topic. Finding an MD that appreciates plant-based nutrition Back to the MONEY side of the pills for a moment. From the article:

Shares of Arena, not traded during the meeting, nearly doubled after-hours to around $7. Arguments by investors have been passionate, with some writing the F.D.A. urging approval.

A former strategic management consultant and senior corporate executive with Ralph Lauren in New York, J. Morris Hicks has always focused on the "big picture" when analyzing any issue. In 2002, after becoming curious about our "optimal diet," he began a study of what we eat from a global perspective ---- discovering many startling issues and opportunities along the way. In addition to an MBA and a BS in Industrial Engineering, he holds a certificate in plant-based nutrition from the T. Colin Campbell Center for Nutrition Studies, where he has also been a member of the board of directors since 2012. Having concluded that our food choices hold the key to the sustainability of our civilization, he has made this his #1 priority---exploring all avenues for influencing humans everywhere to move back to the natural plant-based diet for our species.
View all posts by J. Morris Hicks →
This entry was posted in Weight-Loss. Bookmark the permalink.