The daunting task of moving the world to plant-based

Could anything be more difficult? Yes!

The finest restaurants in the world will make some big changes in the next 100 years.

If the entire world was already eating plant-based, moving in the other direction would be much more difficult. Why? Because it wouldn’t make any sense to anyone. It’s always difficult to challenge the norm—but it is exponentially more difficult if what you’re trying to do makes no sense.

In an era when over 90% of us are eating some form of the typical Western diet with meat, dairy, fish and/or eggs three meals a day—we know that it is a daunting task to challenge that widely accepted norm. Even though we know we’re right—for a plethora of reasons—it’s hard to imagine anything more difficult than radically changing our eating paradigm to one that requires zero animal products.

But there is a task that would be far more difficult. Imagine for a moment that almost everyone in the world was already eating nothing but plant-based foods. That’s right—the 70 billion farm animals that we used to raise for our deadly eating habits no longer exist. All of the great chefs and fine restaurants of the world are focusing 100% on plant-based dining and are written up in the Michellin and Zagat guides everywhere.

By 2112, people will have traded this “balanced” meal for fabulous plant-based dining in all the best restaurants.

Further, people everywhere are raving about the foods, they are healthy and the cost of healthcare has plummeted to record low levels—now hovering somewhere around 2% of the GDP. Gone are the days when that number soared from 5.2% in 1960 to almost 20% in the early 2000’s.

The medical schools of yore have all been converted to institutions dedicated to health promotion. Most of the medical costs now are for things like prenatal services, injury repair, cosmetic surgery, etc. Screening tests for cancer are no longer needed since the incidence of that former killer disease has shrunk to near zero.

But there are a few populations in remote regions of the world that have no access to fresh plants—and they’re still killing wild animals for their food. Occasionally a few tourists to those areas get a chance to dine with those people and some of those tourists found that they enjoyed eating that cooked flesh and cheese. 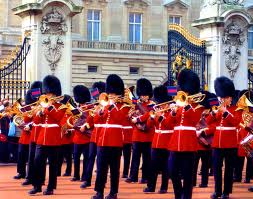 If we can get the Brits to go plant-based, we can easily change the rest of the world.

Now a few of those wealthy tourists decide that it would be great to promote that way of dining in the more populated areas like New York, London, Paris and Tokyo. They plan to start with the wealthiest people and ultimately roll out their plan to everyone in the world. But first they must convince their future customers that a diet of animal-based foods is a good idea.

After doing a little review of the history of the 21st century, when humankind finally came to their senses, they realize that moving back to animal-based foods would be a much more daunting task than they had imagined. A review of the historical data reveals that:

Who will lead this mis-directed group?

Realizing that only a fool would try to execute such a ludicrous plan, candidates for president of the United States will begin talking about growing cows, pigs and chickens on the moon, Mars, and beyond.

So lets compare our “daunting” task of 2012 with the infinitely more daunting task 100 years later…when a few lunatics try to move us back in the other direction. By comparison, let’s take a look at what we have working in our favor today.

Bottom Line. We know that we are right about all of the above. And that’s why our task is so much less daunting than that mis-directed group of the early 22nd century.

A former strategic management consultant and senior corporate executive with Ralph Lauren in New York, J. Morris Hicks has always focused on the "big picture" when analyzing any issue. In 2002, after becoming curious about our "optimal diet," he began a study of what we eat from a global perspective ---- discovering many startling issues and opportunities along the way. In addition to an MBA and a BS in Industrial Engineering, he holds a certificate in plant-based nutrition from the T. Colin Campbell Center for Nutrition Studies, where he has also been a member of the board of directors since 2012. Having concluded that our food choices hold the key to the sustainability of our civilization, he has made this his #1 priority---exploring all avenues for influencing humans everywhere to move back to the natural plant-based diet for our species.
View all posts by J. Morris Hicks →
This entry was posted in Big Picture. Bookmark the permalink.