He says that heart disease is nothing more that a “toothless paper tiger that need never exist and if it does exist, it need never progress.” He asks, “Why not treat your heart disease by simply getting rid of it?” And he knows a thing or two about doing just that…

Interestingly, Dr. Esselstyn's wife is the former Ann Crile, whose grandfather was one of the founders of the Cleveland Clinic (See his name in the photo).

…after successfully reversing heart disease in 100% of his 17 terminal heart patients at The Cleveland Clinic in the mid-80’s. Those 17 patients were no longer eligible for further intrusive surgery and agreed to follow Dr. Esselstyn’s simple dietary guidelines.

Prior to this dietary intervention, that group of 17 had collectively suffered 49 cardiac events in the previous eight years. After beginning the regimen with Dr. Esselstyn, none of them suffered a single cardiac event during the next eleven years. 49 – 0; absolutely amazing, but not amazing enough to get much publicity — Until now.

I first learned this amazing story from reading The China Study in 2005; since then, about one million people have read that book, including Bill Clinton. Then, in September of 2010, our former president told Wolf Blitzer on CNN that he went plant-based (no meat or dairy) to enable his heart to heal itself — and as a fringe benefit, he lost 24 pounds in time for Chelsea’s wedding. Millions more heard that story and another few million are going to hear a similar story soon…

This Saturday night, Dr. Esselstyn will be telling his story to Sanjay Gupta on CNN — airing at 8 p.m. ET on August 27, — in a special called “The Last Heart Attack.” Bill Clinton is also featured in that special. We also tell this amazing story in our book that launches next month. Since reading about Dr. Esselstyn in 2005, I met him later that year in New York, we have now become friends and he has graciously provided one of our book’s most powerful endorsements.

Now serving as the Director of Cardiovascular Disease Prevention & Reversal at the Wellness Institute of the Cleveland Clinic, Dr. Esselstyn continues to reverse heart disease in hundreds of patients every year — with a success rate of near 100% for those who follow his simple dietary regimen. Sadly, most people never hear about that simple life-saving regimen.  And oftentimes, their first heart attack is the first and last symptom of a totally preventable, and reversible, disease that began the day they began to eat the toxic Western diet.

Heart disease kills young people too. Few people realize that heart disease is not just for old people; although Dr. Esselstyn will probably mention that fact in the CNN special. It turns out that heart disease begins when we start eating the typical Western diet with meat and dairy at almost every meal. From Esselstyn’s book, Prevent and Reverse Heart Disease:

Autopsies of fallen U.S. soldiers in Korea, for instance, revealed that almost 80 percent of these young men had advanced heart disease. In contrast, the arteries of the plant-eating Korean soldiers were largely clean, free of fatty deposits. 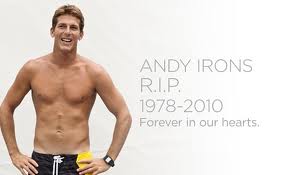 To be sure, most young people in the Western world already have heart disease; they just haven’t had their first heart attack yet. One of those young people was Andy Irons, world-champion surfer and superb athlete. Dead from a heart attack at age 32, here’s what Wikipedia says about this amazing young man: 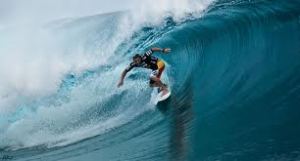 With a lifestyle that almost anyone would envy, Andy Irons succumbed to heart disease at age 32. According to the pathologist, he suffered “severe coronary atherosclerosis, i.e. hardening of the arteries. He had an atherosclerotic plaque producing 70-80% narrowing of his anterior descending coronary artery.” See link below to autopsy results. The pathology report by J.M. Di Maio, MD went on to say:

The only unusual aspect of the case is Mr. Iron’s age, 32 years old. Deaths due to coronary atherosclerosis usually begin to appear in the late 40’s. Individuals such as Mr. Irons have a genetic predisposition to early development of the coronary artery disease. In about 25% of the population, the first symptom of severe coronary atherosclerosis is sudden death. There were no other factors contributing to the death.

So what about those U.S. soldiers in Korea? Did 80% of them have a “genetic predisposition to early development” of coronary artery disease? I think not, and Dr. Esselstyn would agree. He now begins many of his lectures by telling the audience that most of them already have coronary artery disease — if they have been consuming the typical Western diet for more than 20 years. He also tells them how to reverse it easily and quickly — in months, not years.

Do your family and friends a favor and send this information to everyone you know that might be receptive to hearing about a way to get rid of their heart disease. Help them avoid the statins, stents and bypasses which are the conventional treatment paradigm for virtually all cardiologists in the Western world…the same cardiologists who recommend plaque-building salmon and olive oil for their patients. (See earlier post re Dr. Mosca at Columbia University.)

Bracing for a catastrophic hurricane here in CT. Scroll down for a special New England moment captured earlier this week — PRE-IRENE. I just hope and pray that our little boat will be enjoying a similar moment this time next week. 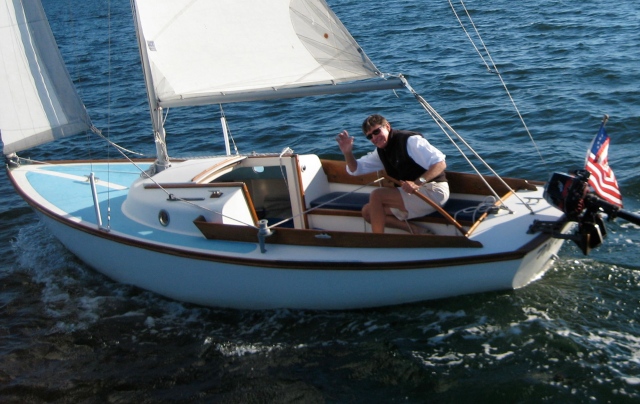 A former strategic management consultant and senior corporate executive with Ralph Lauren in New York, J. Morris Hicks has always focused on the "big picture" when analyzing any issue. In 2002, after becoming curious about our "optimal diet," he began a study of what we eat from a global perspective ---- discovering many startling issues and opportunities along the way. In addition to an MBA and a BS in Industrial Engineering, he holds a certificate in plant-based nutrition from the T. Colin Campbell Center for Nutrition Studies, where he has also been a member of the board of directors since 2012. Having concluded that our food choices hold the key to the sustainability of our civilization, he has made this his #1 priority---exploring all avenues for influencing humans everywhere to move back to the natural plant-based diet for our species.
View all posts by J. Morris Hicks →
This entry was posted in Heart Disease, Medical Experts. Bookmark the permalink.