Every single state is going backwards when it comes to health! 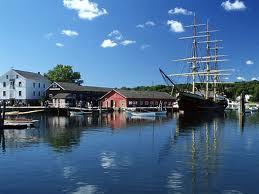 Connecticut; the Mystic Seaport a few minutes from my home. We slid from 4th to 6th in the national rankings.

The state by state health rankings were released last week and the news about my home state of Connecticut caught my eye. While we’re still ranked very high compared to other states, we slipped from 4th to 6th in the national rankings.

Meanwhile, our sister northeastern state (New Jersey) was lauded as rising in the rankings more than any other state. But, as in most things, the devil is in the details

Although New Jersey leapt from a ranking of 17th healthiest to 8th healthiest, their levels of both obesity and diabetes continued their upward trend: 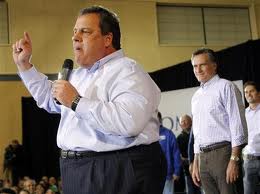 Governor Christie of NJ doing his part to keep obesity rates climbing in his state.

Vermont. So what’s happening in the so-called healthiest states like Vermont and Colorado? Vermont captured the #1 ranking for the sixth consecutive year—let’s take a look at their numbers. No surprise, even though they remain at #1, their rates of obesity and diabetes both rose.

The Bottom Line. So, what does all this mean? It means that we’re doing a whole lot of measuring but not much improving. In fact, there has been ZERO improvement in ANY of the states. Even the top-ranked states are going backward. 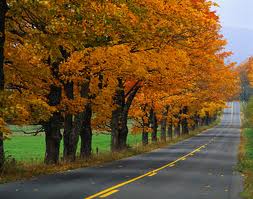 Even in Vermont, the nation’s healthiest state for six years in a row—the people keep getting sicker and fatter.

This annual exercise of comparing the health profiles of all the states clearly indicates that our nation is on the wrong track when it comes to our food choices. While the overall rankings measure other things like smoking—the elephant in the room with regards to our health is clearly the FOOD.

Everyone has acknowledged that smoking is not good for you, but that is not the case for our toxic American diet. Even the best and brightest doctors, scientists and statesmen still believe that we “need” to eat plenty of animal protein to be healthy. And until we dispel that “protein myth,” we’re not going to get much traction in improving the physical health of our nation’s people.

Want to check out your own state? Click on the first link. It’s interesting that 6 of the top ten healthiest states are in New England. The other four are Hawaii, Minnesota, New Jersey and Utah. Colorado was 11th. Want to join the grassroots revolution to “get rid of the elephant in the room?” Read and share the last five blogposts below:

Happy Holidays! Everyday is a shopping day on Amazon. Want to give the gift of health this year? This may be the answer to your shopping dilemma:

A former strategic management consultant and senior corporate executive with Ralph Lauren in New York, J. Morris Hicks has always focused on the "big picture" when analyzing any issue. In 2002, after becoming curious about our "optimal diet," he began a study of what we eat from a global perspective ---- discovering many startling issues and opportunities along the way. In addition to an MBA and a BS in Industrial Engineering, he holds a certificate in plant-based nutrition from the T. Colin Campbell Center for Nutrition Studies, where he has also been a member of the board of directors since 2012. Having concluded that our food choices hold the key to the sustainability of our civilization, he has made this his #1 priority---exploring all avenues for influencing humans everywhere to move back to the natural plant-based diet for our species.
View all posts by J. Morris Hicks →
This entry was posted in Diabetes, Health in General, Obesity. Bookmark the permalink.