See the movie. Get inspired. Take some action… 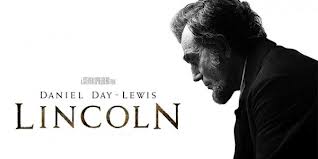 …For your great-grandchildren. David Brooks reviewed Lincoln, the movie, in his New York Times column a few weeks ago. He began the article, “We live in an anti-political moment, when many people — young people especially — think politics is a low, nasty, corrupt and usually fruitless business. It’s much nobler to do community service or just avoid all that putrid noise.”And, after presenting a convincing argument, his review ended with,

Politics doesn’t produce many Lincolns, but it does produce some impressive people, and sometimes, great results. Take a few hours from the mall. See the movie.

I heeded his advice and saw the movie in Mystic, CT on 12-8-12. And I was not disappointed. The thing that struck me most about Abraham Lincoln was his powerful vision—coupled with a great combination of uncommon commitment, focus, and skill necessary to make that vision a reality. 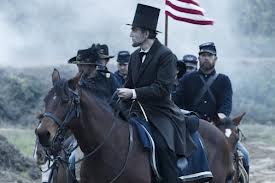 A scene from one of the darkest hours of the war—when he visits a battlefield where thousands of lives were sacrificed for the good of billions of lives in future generations.

As the Civil War drew to a close in 1865, Mr. Lincoln intuitively knew that he was in a very special place at a very special time and that it was his destiny to do the right thing—regardless of the odds. And with those odds stacked heavily against him regarding the controversial 13th Amendment to abolish slavery, he persevered to the bitter end—ultimately winning by the narrowest of margins.

It was almost like being down in a football game 49-0 at the end of the third quarter—only to pull out a 51-49 victory as the clock expires.

How great was his accomplishment? Arguably the greatest accomplishment of any American president ever. It established the United States of America on the world stage as the superpower of the future—the one that would become known as the nation willing to sacrifice almost anything to protect the freedom and dignity of all of its citizens, regardless of race, color, creed, national origin or sex. So how did Mr. Lincoln pull it off? As Brooks explained,

It shows that you can do more good in politics than in any other sphere. You can end slavery, open opportunity and fight poverty. But you can achieve these things only if you are willing to stain your own character in order to serve others — if you are willing to bamboozle, trim, compromise and be slippery and hypocritical. 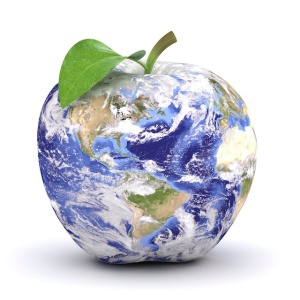 The human race is unknowingly destroying the ecosystem that sustains life on Earth as we know it. It will take an uncommon combination of vision and leadership to get us all back on the right track before it’s too late.

Time for even greater vision and leadership. Without a doubt, Lincoln will be remembered as one of the greatest visionaries and leaders of all time—even though he had to do a little bamboozling and compromising as he proved that sometimes the end does indeed justify the means.

Hooray for Lincoln and for all that he did—but my question is this? Which great leader is going to step forward with a powerful vision as it relates to the longterm sustainability of the human race? And what issue—past, present or future—could be move important than that?

Everyone knows that we have an obesity crisis, a health care crisis, a global warming crisis, a world hunger crisis, and a serious water crisis. But hardly anyone seems to know that the simple answer to all of the above—is an organized, deliberate and urgent move in the direction of a whole foods, plant-based diet for the human race.

Only a few of the world’s scientists have figured out that the human race is well along the path of destruction that will compromise nature’s ability to sustain life on this planet as we know it. Some scientists, as reported in the movie HOME, have predicted that unless we make some rigorous changes in how we’re “using” the planet by the year 2019, that we may have passed the point of no return.

The Bottom Line. We need another Lincoln now—at the right place at the right time. How ironic that that person might be the president whose destiny was only possible but for the actions of President Lincoln 147 years ago. 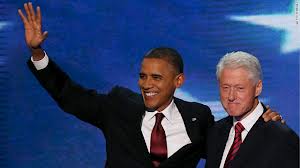 Presidents Obama and Clinton at the 2012 Democratic Convention

As I have blogged recently, President Barack Obama is the ONLY president that we’ve ever had who truly understands the consequences of how we’re using our planet to feed ourselves. Like Lincoln, he is at the right place at the right time—with the right knowledge and skills to get the job done.

And he has the most popular ex-President in our generation as an ally. Both Mr. Obama and Mr. Clinton have the knowledge and they have the political skills to make a HUGE difference in the next four years. But, even with all those things working in their favor, their task will be anything but easy. As David Brooks said,

If anything, the movie understates how hard politics can be. The moral issue here is a relatively clean one: slavery or no slavery. Most issues are not that simple.

And one of those issues that is not that simple is the one we’re facing about our “food choices” and the sustainability of our species. But, without a doubt, there’s never been a more important issue.

Let’s do all we can to promote the “Obama-Clinton” team to pull some Lincoln-esque levels of vision, commitment and focus out of their bag.

This is my 674th consecutive daily blog and my streak will come to an end in 56 days—after two full years of daily blogging. But don’t worry; all of my previous work will remain here for your convenience and I will continue to post blogs several times a month.

But my primary focus will be a full-time effort to help selected corporate clients implement food-focused wellness initiatives aimed at promoting health and slashing the cost of health care in businesses.

A former strategic management consultant and senior corporate executive with Ralph Lauren in New York, J. Morris Hicks has always focused on the "big picture" when analyzing any issue. In 2002, after becoming curious about our "optimal diet," he began a study of what we eat from a global perspective ---- discovering many startling issues and opportunities along the way. In addition to an MBA and a BS in Industrial Engineering, he holds a certificate in plant-based nutrition from the T. Colin Campbell Center for Nutrition Studies, where he has also been a member of the board of directors since 2012. Having concluded that our food choices hold the key to the sustainability of our civilization, he has made this his #1 priority---exploring all avenues for influencing humans everywhere to move back to the natural plant-based diet for our species.
View all posts by J. Morris Hicks →
This entry was posted in Activism & Leadership, Bill Clinton, Celebrities. Bookmark the permalink.