Putting our gargantuan cost of healthcare in perspective

A military man himself, Ike warned us about the military-industrial complex when he left the presidency in 1961.

When Dwight Eisenhower left office in 1961, he warned against the growing power of the military-industrial complex. Too bad he didn’t warn against the Pharma-Food-Medicine complex—because the budget for that monster makes the military one seem like child’s play.

In a 11-4-12 Op-Ed piece in the New York Times, it was reported that the United States accounts for about half of ALL military spending in the world—spending over $700 billion. So how does that compare to the feeding bill for our very own “health care monster?”

Our military spending of $700 Billion is a paltry 25% of the $2.8 trillion we’re now spending on healthcare. Consider that when Ike left office in 1960, our cost of healthcare was just 5.2% of the GDP of the United States. It is now a whopping 18% and climbing steadily to a projected 31% by 2035. If only Ike had known about that lurking monster that was far more expensive than the devil he knew. From the article (See link below):

IN 1961, President Dwight D. Eisenhower left office warning of the growing power of the military-industrial complex in American life. Most people know the term the president popularized, but few remember his argument.

In his farewell address, Eisenhower called for a better equilibrium between military and domestic affairs in our economy, politics and culture. He worried that the defense industry’s search for profits would warp foreign policy and, conversely, that too much state control of the private sector would cause economic stagnation.

The article went on to point out that, unlike healthcare, the cost of the military-industrial monster has actually declined in recent years as a percent of GDP. Further, some of that spending yielded some beneficial non-military benefits: “Defense-related research….has yielded a host of beneficial technologies, from the Internet to civilian nuclear power to GPS navigation.” But here’s the quote got me:

Congress’s favorite argument against reducing defense spending is the job loss such cuts would entail. 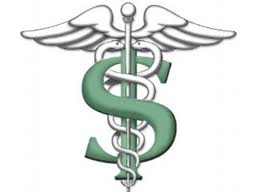 Healthcare beats Military by a score of 28-7.

Although no politician would ever admit that he/she wanted us all to remain sick to protect jobs; that’s exactly what they’re thinking.

The Bottom Line. Taming the healthcare monster is at least ten times more difficult than its pesky little brother—military spending. That’s because it involves changing the daily eating habits of over 300 million Americans. And that’s simply not going to happen anytime soon—there is just no way that our politicians can get it done. McGovern couldn’t get it done 35 years ago—and that monster is whole lot meaner and tougher today. (See McGovern link below) 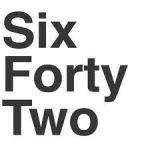 But what can happen is for the CEOs of the nation’s largest businesses to start aggressively helping ALL of their millions of employees become healthy. We’re talking about bottom line savings of several million dollars a day for some of the larger corporations.

And, as we say down South—“that ain’t chicken feed.” See the third link below for information on EXACTLY how those enlightened CEOs can enjoy those savings—while saving our nation and our way of life on planet Earth.