Not your typical stereotype of a professional football player

Arian Foster of the Houston Texans. Labeled by Sporting News as the “NFL’s Most Interesting Man.”

Appearing on CBS This Morning (9-5-12) was the “NFL’s Most Interesting Man,”Arian Foster of the Houston Texans. Not drafted after playing for the University of Tennessee, Arian thought at first that his football career was over.

Later, after spending a year riding the bench in Houston, he got his big break—starting the first game of the 2010 and literally exploded on the field, gaining 230 yards rushing and scoring three touchdowns. He went on to lead the entire league in rushing for the season.

In an earlier article (See link below), it was reported that his new vegan diet was causing controversy. Here’s what Arian had to say about that:

Who would have thought that someone cutting meat out of their daily eating regimen would cause such hullabaloo. As Foster says, “People feel so strong about meat and milk. I wish they felt this strong about peace.” 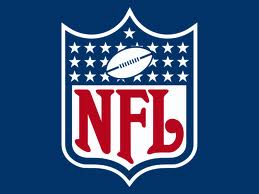 The NFL’s Most Interesting Man. But, as he said, “If you’re not winning, nothing about you is interesting.”

Regarding the controversy, from the article: “Some of Foster’s Twitter followers gave him a hard time for his announcement. In response to Foster saying he’s never drank an entire glass of milk, one twitterer went as far to say he did when he was a baby. Foster responded, “My mom didn’t produce cow milk.”

When asked in the CBS interview (9-5-12) about him being called the “NFL’s Most Interesting Man,” he replied that that kind of thing accompanies success. When he and his team weren’t doing very well, no one ever thought of him as being that interesting. But now, they want to know all about that poetry, the quantum physics and yes—that vegan diet.

Another “interesting” vegan of the NFL—Tony Gonzalez of the Atlanta Falcons, veteran of ten pro-bowls.

But Arian disagrees with those guys as he explains some of the reasons for going vegan. He makes it real simple. He chose to go vegan for a number of reasons, but one of the main reasons was for the added benefit of quicker recovery times after muscle-draining games. Perhaps he was also influenced by a number of elite athletes who had gone vegan before him. People like pro hockey player Mike Zigomanis, who says, “Triathletes, a lot of them are vegan. All the ultra-marathon runners are vegan.”

And this just in. Finally, a great health tip (for a change) on CBS This Morning(9-5-12). On tips that help women avoid gaining weight after menopause. Sounds a lot like 4Leaf to me; 4 simple steps:

This motorcycle plate provides the numerals for consecutive daily blog #582.

Finally, handy links to the source article along with links to a few of my earlier blogs about athletic performance and healthy eating:

Know any young athletes out there who might want to learn how to help their body perform for them? You might want to forward this blog to them; maybe they’ll take advantage of some of the simple advice provided here:

A former strategic management consultant and senior corporate executive with Ralph Lauren in New York, J. Morris Hicks has always focused on the "big picture" when analyzing any issue. In 2002, after becoming curious about our "optimal diet," he began a study of what we eat from a global perspective ---- discovering many startling issues and opportunities along the way. In addition to an MBA and a BS in Industrial Engineering, he holds a certificate in plant-based nutrition from the T. Colin Campbell Center for Nutrition Studies, where he has also been a member of the board of directors since 2012. Having concluded that our food choices hold the key to the sustainability of our civilization, he has made this his #1 priority---exploring all avenues for influencing humans everywhere to move back to the natural plant-based diet for our species.
View all posts by J. Morris Hicks →
This entry was posted in Athletic performance and tagged arian foster vegan, vegan nfl. Bookmark the permalink.