For your friends and family with type 2 diabetes

“Diabetes Linked to Memory Problems in Older Adults.” That was the headline a few days ago. As someone who has blogged about health for 502 consecutive days, I can tell you that the headlines about disease change every day—yet the emphasis within the articles remains the same. Managing the disease.

Whether diabetes, osteoporosis, heart disease, or COPD—I have never seen a mainstream media article focus on preventing or reversing the disease. A few recent headlines:

In today’s featured New York Times article, they talk about a new study published in Archives of Neurology that suggests that diabetes problems may extend to the brain—causing memory “causing declines in memory, attention and other cognitive skills.” Then comes the money-making disease management. From the article: (See link below)

The more poorly managed their disease, the greater the deterioration in mental function. And the declines were seen not just in those with advanced diabetes. The researchers found that people who did not have diabetes at the start of the study but developed it later on also deteriorated to a greater extent than those without the disease.

“What we’ve shown is a clear association with diabetes and cognitive aging in terms of the slope and the rate of decline on these cognitive tests,” said Dr. Kristine Yaffe, a professor of psychiatry and neurology at the University of California, San Francisco. “That’s very powerful.” 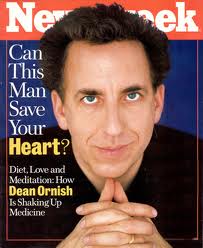 Dean Ornish, M.D. — appearing below with 4 other MDs who show you exactly how to reverse diabetes. See link below.

So what about all those other headlines about cancer, heart disease, stroke, diabetes, obesity and Alzheimer’s disease? How many of them are “linked” to food? What would happen to all of those diseases if everyone simply shifted to an optimal diet? Even some mainstream medical authorities are saying that most of our diseases are preventable, but rarely do they tell you exactly how to do it.

What about prevention or reversal? Although there is a mountain of clinical evidence attesting to the reversibility of some 95% of the cases of type 2 diabetes, there was zero mention of possible reversal of the disease in the article. But to be fair, there was one mention of prevention, “The findings suggest that more aggressive approaches to managing and especially preventing diabetes in midlife or before may help stave off mental declines in large segments of the population.”

No doubt you have family and friends with type 2 diabetes. I wonder how many of them know that the disease is easily reversible for most people. The article stated an alarming statistic, “Nationwide, nearly a third of Americans over the age of 65, or roughly 11 million people, have diabetes. By 2034, about 15 million Medicare-eligible Americans are expected to have the disease.” 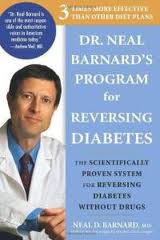 But those predictions don’t have to come true. With more information, we can make a difference and help a lot of people avoid the pain and suffering associated with so many diseases. As Dr. Campbell explains in The China Study, the same diet that will reverse diabetes will also reverse heart disease, and will prevent cancer, osteoporosis and obesity.

For your convenience, I refer you to an earlier blog that I did on this topic in October of 2012. It features video clips from four medical doctors and begins with what Dr. Dean Ornish wrote on the cover of our book:

“What’s good for you is also good for our planet. Although heart disease and diabetes kill more people worldwide than all other diseases combined, these are completely preventable and often reversible for at least 95% of the people today by changing our diet and lifestyle. This book shows you how.”

Want to make a difference? Share this information with everyone that you think it might help. Reversing Type 2 Diabetes NOW; with video from 4 MDs

Forget about managing your disease. Get rid of it! The link above begins with a message from Dr. Ornish (consulting physician in the Clinton White House) and includes a total of ten minutes of video from four other medical doctors who’ve seen thousands of patients completely get rid of their diabetes. Also, for your convenience, here is a link to the New York Times article: Diabetes Linked to Memory Problems in Older Adults

A former strategic management consultant and senior corporate executive with Ralph Lauren in New York, J. Morris Hicks has always focused on the "big picture" when analyzing any issue. In 2002, after becoming curious about our "optimal diet," he began a study of what we eat from a global perspective ---- discovering many startling issues and opportunities along the way. In addition to an MBA and a BS in Industrial Engineering, he holds a certificate in plant-based nutrition from the T. Colin Campbell Center for Nutrition Studies, where he has also been a member of the board of directors since 2012. Having concluded that our food choices hold the key to the sustainability of our civilization, he has made this his #1 priority---exploring all avenues for influencing humans everywhere to move back to the natural plant-based diet for our species.
View all posts by J. Morris Hicks →
This entry was posted in Alzheimer's Disease, Diabetes and tagged diabetes linked, diet diabetes, reversing diabetes. Bookmark the permalink.