After posting this blog at 0600 from Stonington, CT on May 29, a reader in Singapore wrote to tell me that “the Gates of Wisdom have finally opened.” He’s speaking of Bill Gates and you’ll see what I am talking about at the end of this blog.

How do we influence people to incorporate the incredible power of whole foods, plant-based eating into their daily lives? A reader recently asked if our T. Colin Campbell Foundation had a plan for spreading the word? She wrote:

I feel so helpless.  I feel like I’ve stumbled upon a huge secret to excellent health and permanent weight loss and hardly anyone is willing to listen.  What can be done?

What can be done? The short answer is that it all begins with money. The more money, the quicker we can tell the world. Here’s my six-point summary of how we got into this mess and how we can leverage the power of money to get out it:

It all begins with money—the more money, the more rapid the change.

1. First—time and money. We didn’t get where we are overnight. Over the past 100 years, there has been a ton of money invested in convincing us that we really do “need” to eat animal protein to be healthy. We have all heard this consistent message for so long, we now hold that “truth” almost as sacred as God, Mother and Apple Pie.

2. Jobs and careers. In addition to that time and money invested by so many people, the jobs and careers of millions of people depend on the continuation of our current system of eating and healthcare. In just the United States, there are over thirty million people working in, or supporting, the many organizations within that universe. 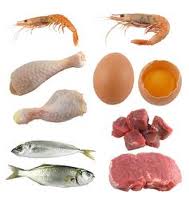 Millions of very smart people truly believe that we need to eat these kinds of food to be healthy.

4. Money. I sincerely believe that the “protein myth” is our primary barrier. Millions of very smart people think we really “need” to eat it. How do we change that perception with money? The same way advertisers or politicians get people to change their minds about products or candidates.

5. Advertising. What we need is for a credible message to be delivered by respected messengers an “effective” number of times. On Madison Avenue, the term is “effective frequency.” Once the “protein myth” is no longer perceived to be true, millions of influential thinkers and leaders will begin to call for moving rapidly toward a whole foods, plant-based diet. What kind of ad budget would it take to dispel the “protein myth,” for which there is now a mountain of scientific and clinical evidence proving its lack of truth?

6. Ad Budget. My guess is that we’re talking in the neighborhood of several billion dollars—a mere fraction of the net worth of a growing list of multi-billionaires. Names like Gates, Buffett, Walton, Zuckerberg, and probably a few hundred more. Two billion would be a rounding error for some of those guys. All we need is for the “lights to go on” for just one of them and have that person realize that there has never been anything more important in the history of the world. 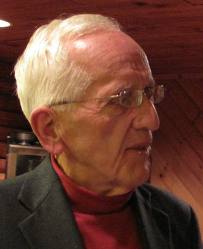 The Bottom Line. Dr. Campbell would like to design, manage, and publish a large scientific study in the most prestigious of biomedical journals. That study would test the effects of whole, plant-based eating on a large number of people.

But since there is not much money to be made by everyone getting healthy, he has not been able to secure funding for that project. All we need is one inspired wealthy donor who wants to change the world. Then he/she could easily fund Dr. Campbell’s study AND the much more expensive ad campaign that it will take to dispel the “protein myth,” — thereby rendering the general population more receptive to thinking differently about food.

Breaking News. A glimmer of hope on the horizon—a video of Bill Gates talking about the gross inefficiency of eating animals. From the Vegetarian Star website: 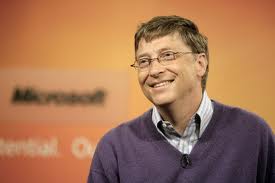 Bill Gates speaks out in favor of plant-based foods replacing the harmful and inefficient animal foods.

A video of Bill Gates praising the efforts of companies that create plant-based alternatives to animal products has been uploaded to YouTube. According to Gates, the rise of faux meat and dairy products is “quite a phenomenal thing.”

“So all these companies that are taking these animal products — the milk, the eggs, the chicken, the beef — and actually coming up with a way using largely plant-based material to make these things that are both cheaper, probably more healthy, less cruelty involved, less greenhouse gas emissions.”

Gates sees the future of plant-based products as bright, saying it “confounds the pessimist” that thinks vegetarian foods are not in demand. He thinks the growth of these products over the next few years will only increase.

This video was probably taken with a smartphone and is very poor quality. But the implications of one of the world’s most influential people supporting a move to plant-based—are enormous. Published on YouTube on May 22, 2012, about 2 minutes. It would appear that he’s not real sure about the health benefits of plant-based eating, but he does know that it would be much better for the planet.

We need to get The China Study in Bill’s hands real soon. Maybe someone will introduce him to this $36 kit that will leave him feeling much differently about the importance of the food we eat—beginning with our own health and corresponding cost of health care.

A former strategic management consultant and senior corporate executive with Ralph Lauren in New York, J. Morris Hicks has always focused on the "big picture" when analyzing any issue. In 2002, after becoming curious about our "optimal diet," he began a study of what we eat from a global perspective ---- discovering many startling issues and opportunities along the way. In addition to an MBA and a BS in Industrial Engineering, he holds a certificate in plant-based nutrition from the T. Colin Campbell Center for Nutrition Studies, where he has also been a member of the board of directors since 2012. Having concluded that our food choices hold the key to the sustainability of our civilization, he has made this his #1 priority---exploring all avenues for influencing humans everywhere to move back to the natural plant-based diet for our species.
View all posts by J. Morris Hicks →
This entry was posted in Activism & Leadership, Celebrities, Video Included and tagged Bill Gates on eating animals, Bill Gates Sees A Plant Based Sustainable Future, dispelling protein myth, effective frequency, Gates of Wisdom. Bookmark the permalink.

3 Responses to Money, Leadership, Time—and “The Gates of Wisdom”