Are microwave ovens safe? Do they destroy nutrients?

What are the best and worst methods of cooking your food? A reader sent me the following note over the weekend: 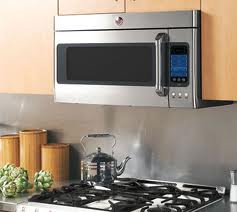 Are microwaves safe to use? Do they destroy nutrients?

After being referred to your book by Amazon, I did a little research and found your site. I am somewhat puzzled that you would use a microwave to prepare your food. Looking forward to reading more of your articles/blogs and hearing your thoughts on microwaving food once you have a chance to do some research on the topic. Lucinda

Hi Lucinda, After reading your note just now, I decided that if I could run your microwave concerns by just two people, that they would be Dr. T. Colin Campbell and Dr. Michael Greger, both of whom were educated at Cornell. One is a scientist and the other an MD who also has a degree in agriculture.

My first step was visiting Dr. Greger’s new website, nutritionfacts.org. He has been posting a new video every day for about six months and presents extremely well-researched and highly documented information on all aspects of nutrition. From his website, here are his credentials:

Michael Greger, M.D., is a physician, author, and internationally recognized speaker on nutrition, food safety, and public health issues.  A founding member of the American College of Lifestyle Medicine, Dr. Greger is licensed as a general practitioner specializing in clinical nutrition. Currently he serves as the Director of Public Health and Animal Agriculture at the Humane Society of the United States. Dr. Greger is a graduate of the Cornell University School of Agriculture and the Tufts University School of Medicine.

In this 3.5 minute video, Dr. Greger goes into great detail in reporting the relative effectiveness of various sources of cooking. He says that “food scientists outdid themselves last year with a total of 300 experiments aimed at identifying the best cooking methods.” His findings may surprise a few people.

By the way, I would be real surprised if Dr. Greger has totally missed the boat about the dangers of microwave cooking, as he impresses me as being one of the most thorough people I have ever seen. But, just to make sure, I checked a few more sources. (See link to Dr. Greger’s site below)

From Wikipedia: Several studies have shown that if properly used, microwave cooking does not change the nutrient content of foods to a larger extent than conventional heating, and that there is a tendency towards greater retention of many micronutrients with microwaving, probably due to the shorter preparation time. Any form of cooking will destroy some nutrients in food, but the key variables are how much water is used in the cooking, how long the food is cooked, and at what temperature. Nutrients are primarily lost by leaching into cooking water, which tends to make microwave cooking healthier, given the shorter cooking times it required. 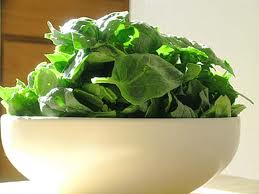 According to Wikipedia, the microwave might be the very best way to cook spinach.

Spinach retains nearly all its folate when cooked in a microwave; in comparison, it loses about 77% when cooked on a stove, because food on a stove is typically boiled, leaching out nutrients. Microwave blanching is 3-4 times more effective than boiled water blanching in the retaining of the water-soluble vitamins folic acid, thiamin and riboflavin, with the exception of ascorbic acid, of which 28.8% is lost (vs. 16% with boiled water blanching).

I also read a few of the Mike Adams’ articles (that you recommended) but could not find much about his educational credentials on his various websites. Further, I will run the question by Dr. T. Colin Campbell the next time I speak with him. But for now, I have not been convinced to stop using my microwave. Here is that Campbell report:

11-30-11. On November 21, a colleague and I met with Dr. T. Colin Campbell in his home office. While breaking for lunch, I noticed a microwave in his kitchen and asked if he ever uses it. He said rarely. But not because of any scientific evidence. He told me he saw a series of pictures comparing two plants, one watered with fresh water; the other with water that had been microwaved. I remember seeing those pictures and they were quite dramatic.

Even though he has no scientific proof of anything, he said that since seeing those pictures, he has tried to steer away from the microwave. But he’s got an edge on me. He is married to Karen over fifty years AND she was preparing his meals for him for more than twenty years before microwaves.

As for me; at least half of my calories are raw, 40% cooked conventionally (home and restaurants) and about 10 percent in the microwave. It would be very inconvenient for me not to use it for conventionally cooked foods that I warm up before eating. And I like the convenience of using it for popcorn.

On a personal note, my health is far superior now that I have been eating mostly whole plants for almost nine years. I used microwaves before the change and still do, so guess I’m still getting plenty of the nutrients that I need.

In the future, when people ask me about the nutritional hazards of using microwaves, I will refer them to this blog.

A former strategic management consultant and senior corporate executive with Ralph Lauren in New York, J. Morris Hicks has always focused on the "big picture" when analyzing any issue. In 2002, after becoming curious about our "optimal diet," he began a study of what we eat from a global perspective ---- discovering many startling issues and opportunities along the way. In addition to an MBA and a BS in Industrial Engineering, he holds a certificate in plant-based nutrition from the T. Colin Campbell Center for Nutrition Studies, where he has also been a member of the board of directors since 2012. Having concluded that our food choices hold the key to the sustainability of our civilization, he has made this his #1 priority---exploring all avenues for influencing humans everywhere to move back to the natural plant-based diet for our species.
View all posts by J. Morris Hicks →
This entry was posted in Microwave cooking, Video Included. Bookmark the permalink.

6 Responses to Are microwave ovens safe? Do they destroy nutrients?