Along with a few other brave pioneers, Dr. John McDougall is featured prominently in our upcoming book about food and the incredible impact that it has on our planet, beginning with our own health. But, it turns out that John has been blazing this trail longer than most of the other doctors. And, although he had been “working his dietary magic” with patients since the 70’s, I first learned about him in January of 2005 when I read The China Study. 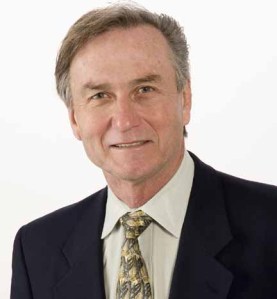 John McDougall graduated from medical school at Michigan State and interned in Honolulu in 1972. From there, he became a “plantation doctor” on the big island of Hawaii, and it was during the next three years that he first learned about the power of whole plant foods to prevent and reverse chronic disease. It was on that plantation that he had the opportunity to provide health care for patients of different ages and ethnic backgrounds.

The healthiest of his patients were the older, first-generation Asians who were still eating the traditional plant-based diets of their homeland. While this group enjoyed vibrant health and suffered little or no chronic disease; the picture was not so rosy for their children and grand-children — who had adopted the toxic western diet. Since those days over 35 years ago, John McDougall has expanded greatly on his understanding of how humans can enjoy vibrant health for their entire life — simply by eating the “starch-based” natural diet for their species.

Armed with newfound truth, he has made a career out of helping thousands of patients reverse their chronic disease and regain vibrant health for the rest of their lives. He currently operates a wellness center in Santa Rosa, CA, where he helps thousands of people each year learn about the natural power of plant-based nutrition.

On his website at www.drmcdougall.com, you can learn all about his programs, retreats, events, videos and books. I attended one of his Advanced Study Weekends in Santa Rosa in 2007, which is when I first met John and his wife Mary. His books have many delicious, health-promoting, recipes and I recommend them highly.

One of my most popular posts to date features a story about the insurance companies — all about the time when Dr. McDougall tried to get them to cover his proven “lifestyle” interventions. Click here to check it out. Just one other note here: they still don’t teach these lifesaving truths in medical schools, and with a few rare exceptions, virtually none of the proven dietary interventions are covered by insurance — even though they enjoy a near 100% success rate. The post referenced and our upcoming book above explain why.

The "big picture guy" takes the helm of an America's Cup yacht off Newport, Rhode Island

Coincidentally, I wrapped up my stay in Honolulu as a Coast Guard officer in 1971, just months before John arrived there in 1972. Like John, I studied at the University of Hawaii, where I completed my MBA just before leaving paradise.

But before I left, I cheered along the amazing 70-71 U of H men’s basketball team that made it to the N.I.T. One of the other fans at many of those games was the 10-year old Barack Obama, who like me, can probably still name the entire starting five players on that magnificent team.

A former strategic management consultant and senior corporate executive with Ralph Lauren in New York, J. Morris Hicks has always focused on the "big picture" when analyzing any issue. In 2002, after becoming curious about our "optimal diet," he began a study of what we eat from a global perspective ---- discovering many startling issues and opportunities along the way. In addition to an MBA and a BS in Industrial Engineering, he holds a certificate in plant-based nutrition from the T. Colin Campbell Center for Nutrition Studies, where he has also been a member of the board of directors since 2012. Having concluded that our food choices hold the key to the sustainability of our civilization, he has made this his #1 priority---exploring all avenues for influencing humans everywhere to move back to the natural plant-based diet for our species.
View all posts by J. Morris Hicks →
This entry was posted in M.D.s---Health-Promoting, Medical Experts. Bookmark the permalink.