At his September 2012 Advanced Study Weekend in Santa Rosa, CA—Dr. John McDougall wrapped up with a lecture entitled “The Diet Wars.” For your convenience, that one-hour lecture can be viewed at the end of this blog. But first, I would like to tell you about it.

Dr. Robert Atkins, showing off his vast array of “high protein” meat & dairy along with a few fruits and vegetables.

Beginning with pictures of Dr. Robert Atkins and Nathan Pritikin, Dr. McDougall described the origin of “the diet wars.” Atkins, of course, is the name most associated with the high protein–low carb diet and Pritikin was one of our nation’s earliest proponents of a mostly plant-based diet.

He then talked a great deal about the latest “low carb” sensation, the Paleo Diet. And for the next 40 minutes, Dr. McDougall did what he has been doing well for about forty years—he proved without a doubt that humans were designed to eat plant-based foods.

Plea for unity. But the primary point of the entire lecture was an appeal to all of the many proponents of plant-based eating to stop bickering among themselves over insignificant differences—and to join forces against the common enemy—the many popular low carb, meat-based diets that never seem to go away. First it was Atkins, then South Beach, then Dukan, and after a plethora of others, we now have the Paleo Diet. 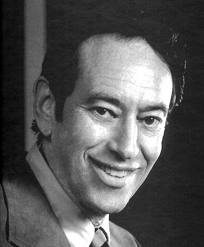 As for the many proponents of plant-based eating, he mentioned 15 or 20 people, most of whom had participated in one or more of his weekend retreats in California. Among them were Dr. Neal Barnard, Dr. Pam Popper, Dr. Joel Furhman, Dr. T. Colin Campbell, Dr. Caldwell Esselstyn, and Rip Esselstyn…to name just a few. Toward the end of his lecture, he was imploring all of them to set aside their minor differences and focus instead on the more important things on which they all agree.

The common ground of nutritional wisdom. After researching the “optimal diet for humans” since 2002, I reached the exact same conclusion as Dr. McDougall several years ago. And it was that common ground story that we highlighted in Chapter One of our book. The title of that chapter is, “What should we be eating?” In order to answer that question, I focused on one statement by Dr. T. Colin Campbell—a simple statement that tells it all:

“The closer we get to eating a diet of whole, plant-based foods, the better off we will be.”

What could be simpler? The first time I heard that statement over Colin’s breakfast table a few years ago, I knew that it was the simple definition of the optimal diet that I had been seeking. Not a strict “all or nothing” kind of definition, it implies a little “wiggle room” but clearly identifies the ultimate goal.

“Common Ground.” All of the plant-based experts agree with our 4Leaf premise: Get most of your calories from whole, plant-based foods.

With the simplicity and flexibility afforded by this definition, I was confident that I had discovered the “common ground” on which all the plant-based docs would agree.

Dr. McDougall reinforced my conclusion in his “Diet Wars” lecture, saying that we all share much more common ground than disagreements. He added that we should unite, embrace that common ground and work together to share the truth about nutrition with the rest of the world.

He also commented on the sustainability issue when it comes to the many meat-based diets out there. Even if they were best for our health (which they clearly aren’t), the world is simply not big enough for everyone to eat such a horribly wasteful diet.

This revealing 2-minute video features experts from both armies.

The Bottom Line. Dr. Campbell’s definition is simple, clear, and powerful. He simply described the ultimate target. It’s then up to all individuals to decide how close they can come to that target on a consistent basis.

In the final analysis, the best diet for each of us is the most superior diet style that we can maintain. We tried to make that easy in the definition of our 4Leaf for Life concept. www.4leafprogram.com

A former strategic management consultant and senior corporate executive with Ralph Lauren in New York, J. Morris Hicks has always focused on the "big picture" when analyzing any issue. In 2002, after becoming curious about our "optimal diet," he began a study of what we eat from a global perspective ---- discovering many startling issues and opportunities along the way. In addition to an MBA and a BS in Industrial Engineering, he holds a certificate in plant-based nutrition from the T. Colin Campbell Center for Nutrition Studies, where he has also been a member of the board of directors since 2012. Having concluded that our food choices hold the key to the sustainability of our civilization, he has made this his #1 priority---exploring all avenues for influencing humans everywhere to move back to the natural plant-based diet for our species.
View all posts by J. Morris Hicks →
This entry was posted in M.D.s---Health-Promoting, Video Included and tagged John McDougall Diet Wars. Bookmark the permalink.