The “war on cancer” turns 41; now a major industry…

…with a life of its own—that will not go away quietly.

The inspiration for this blog was an article last month in our southeastern Connecticut newspaper about a new cancer center that was being constructed less than fifteen miles from my home. What caught my attention was the cost of that facility—$34.5 million.

That got me thinking. They’re spending $34.5 million for one facility in a small community in one of our nation’s smallest states—Connecticut.

And we’re talking about $34.5 million worth of just brick and mortar—before any money is spent on staff, drugs, treatments, insurance, administration, utilities, maintenance, etc. In other words, the $34.5 million is just a drop in the bucket in one of the largest industries in our country. Our “war on cancer” has steadily morphed into one of the largest commercial industries on the face of the Earth—now approaching $200 billion.

The War on Cancer famously began in 1971 and was announced on television by President Richard Nixon. It is now 41 years old and is by far the longest running war in the history of the United States. In fact, it’s longer than all of our wars combined.

Since the end of the American revolution, our nation has been in ten wars that lasted a combined total of thirty-four years (War of 1812, Mexican War, Spanish-American, Civil War, WWI, WWII, Korean War, Vietnam, Gulf War, Iraq War).

Our war on cancer has lasted seven years longer than all of those wars—combined.

And at what cost? That depends on whether you’re counting dollars or lives. By both measures, this War on Cancer has been a huge failure. While millions of people are running, walking, swimming, sailing and skydiving for the cure, there has been no cure. Can you imagine a U.S. President and/or our Congress members being re-elected after not getting rid of a war that ran for over forty years with no results?

Not only has there been no cure, but our largest cancer organizations continue to give only lip service (at best) to superior nutrition when it comes to preventing cancer. We know that entire cultures of people who consume a whole foods, plant-based diet since birth have cancer rates approaching zero. We also know what Dr. T. Colin Campbell discovered during his 50-year career in nutritional biochemistry—the leading cause of all cancers is our toxic western diet.

Breast cancer and diet? But that information is practically never shared with patients who go to our conventional, mainstream institutions for treatment. In an earlier blog, I investigated the American Cancer Society website in search of information about “risk factors for breast cancer” and I found a single page that had over 4,000 words—about a half hour of reading for most people.

Incredibly it included “risk factors” like night work, wearing bras, and using antiperspirants. But what about diet? After 20 minutes of reading, I found some absolutely worthless “dietary” information under this heading:

Diet. Many studies have looked for a link between what women eat and breast cancer risk, but so far the results have been conflicting. 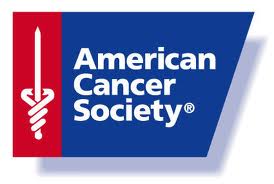 Early detection continues to trump true prevention—the elimination of the cause.

So what is the American Cancer Society doing? They’re not finding a cure and they’re not educating the public about the leading cause of cancer. But they’re spending a ton of money, they’re paying their top executives outrageous salaries and, while they’re constantly asking for donations, they reportedly have over a billion dollars on hand and spend the vast majority of their revenue on administration.

About Your American Cancer Society (from their website). As the largest voluntary health organization in the United States, the American Cancer Society is passionately committed to saving lives from cancer. We’re working to create a world with less cancer and more birthdays – a world where cancer never steals another year from anyone’s life. We combine our relentless passion with the wisdom of nearly a century of experience to make this vision a reality, and we get results. We save lives by helping people stay well, helping people get well, by finding cures, and fighting back. Thanks in part to this work, nearly 12 million cancer survivors and countless others who have avoided the disease will celebrate a birthday this year.

Voluntary Health Organization? They may have thousands of volunteers, but they’re also paying top dollar to their executives—beginning with a million dollar package for CEO John Seffrin, who received a seven figure package in 2008—$1,045,887, to be exact. The next ten highest paid executives received over a half million dollars each—including one with the nebulous title of “Interim chief mission officer,” who took home the tidy sum of $334,000 in 2008. (See source article below)

Meanwhile back here in Connecticut. The 6-21-12 article from the New London Day reads:

“There is something exciting about the prospect of cancer patients in our community — friends, neighbors, colleagues, loved ones — having access to world-class cancer care in southeastern Connecticut,” Ulysses Hammond, chairman of the L&M board of directors, said during a groundbreaking ceremony and reception Thursday.

“For me personally, this is one of the highlights of my career,” said Bruce Cummings, L&M president and chief executive officer since 2005.

A sad situation to be sure. Personally my heart aches for the millions of victims of cancer who have never been told the truth about the leading causative factors—from our $2.7 trillion health care system. Sadly, the “search for the cure” and the millions of jobs in this huge industry has taken on a life of its own. And where would all those jobs be without cancer?

Lots of people are asking the same questions that I am asking. Some of them are featured in this short 2.5-minute trailer of a 2010 documentary, Cut Poison Burn.

Another organization called the Cancer Prevention Coalition is asking serious questions about how the “cancer business” is being run in this country. On their website (see link below) they report:

The American Cancer Society (ACS) is accumulating great wealth in its role as a “charity.” According to James Bennett, professor of economics at George Mason University and recognized authority on charitable organizations, in 1988 the ACS held a fund balance of over $400 million with about $69 million of holdings in land, buildings, and equipment (1).

Of that money, the ACS spent only $90 million— 26 percent of its budget— on medical research and programs. The rest covered “operating expenses,” including about 60 percent for generous salaries, pensions, executive benefits, and overhead. By 1989, the cash reserves of the ACS were worth more than $700 million (2). In 1991, Americans, believing they were contributing to fighting cancer, gave nearly $350 million to the ACS, 6 percent more than the previous year. Most of this money comes from public donations averaging $3,500, and high-profile fund-raising campaigns such as the springtime daffodil sale and the May relay races.

However, over the last two decades, an increasing proportion of the ACS budget comes from large corporations, including the pharmaceutical, cancer drug, telecommunications, and entertainment industries.

The Bottom Line. There are millions of jobs and trillions of dollars that are dependent on the cancer industry. If everyone learned how to avoid cancer in the first place, a ton of money would be lost. We cannot expect this “industry” to fix the mess that we are in. But we can learn how to prevent most cancers and we can teach our children while they’re still young enough to take steps to avoid this horrible disease.

In other words, we can stop being a customer of this industry. Only then, will it gradually go away.

A former strategic management consultant and senior corporate executive with Ralph Lauren in New York, J. Morris Hicks has always focused on the "big picture" when analyzing any issue. In 2002, after becoming curious about our "optimal diet," he began a study of what we eat from a global perspective ---- discovering many startling issues and opportunities along the way. In addition to an MBA and a BS in Industrial Engineering, he holds a certificate in plant-based nutrition from the T. Colin Campbell Center for Nutrition Studies, where he has also been a member of the board of directors since 2012. Having concluded that our food choices hold the key to the sustainability of our civilization, he has made this his #1 priority---exploring all avenues for influencing humans everywhere to move back to the natural plant-based diet for our species.
View all posts by J. Morris Hicks →
This entry was posted in Cancer. Bookmark the permalink.

4 Responses to The “war on cancer” turns 41; now a major industry…