Mark Bittman. Does he ever take a stand on anything?

A wealth of knowledge—apparently wasted

Since beginning this blog in February of 2011, I have probably mentioned Mark Bittman at least 100 times. As you probably know, he is a writer, speaker, author and columnist for the New York Times.

He writes books about food and he writes columns about food. And he covers all the topics: sustainability, health, waste, cooking and the suffering of animals. On 3-13-12, he wrote another article about that last topic–entitled The Human Cost of Animal Suffering (see link below). He leads off:

Until a couple of years ago I believed that the primary reasons to eat less meat were environment- and health-related, and there’s no question that those are valid reasons. But animal welfare has since become a large part of my thinking as well. And I say this as someone not known to his friends as an animal-lover. 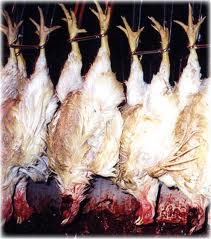 But what really impressed me was that he revealed in this article that he is one of the few “experts” out there who understand that we do not “need” to eat any animal protein whatsoever.

As you know, I have identified that ubiquitous “protein myth” as the single biggest barrier preventing the brightest scientists and thinkers of the world from promoting an aggressive effort to embrace the power of plant-based eating around the world. In his latest article about animal suffering, quoting often from Pachirat’s book, Every Twelve Seconds, Mark talks about the meat eaters’ justification for their carnivorous habit:

Meat-eaters may assert that this (our cruel system) is somehow justifiable, because we “need” to eat meat — just not cats or dogs or goldfish — to live. And even though we don’t (in fact, there’s increasing evidence that too much of it is harmful; more on that later this week), we have more than two million years of tradition to point to, we have bodies that process meat well and even thrive on it in limited amounts and we have a love of eating animal flesh that for most of us may not go away any time soon.

What’s good for our health, is also good for the planet — and all of her creatures.

In this paragraph, he admits that we don’t actually “need” to eat meat but rather that it is indeed “harmful” for us. But then he defends the continued eating of meat because we’ve been eating it for two million years. If that’s a good reason for continuing a deeply flawed process, then I guess we should plan to continue the process of killing our fellow humans since we’ve also been doing that since the beginning of time.

For as long as I have been following Mark Bittman, most of his work has been critical of our wasteful, harmful, cruel and unsustainable diet-style. But then he appears on NPR doing an interview and arguing against vegetarianism. Although, if you watch this 6-minute video about his 2009 book, Food Matters, you’ll see that he’s not really arguing against it, he’s just not taking a stand on anything.

The Bottom Line. When the most knowledgeable people (about food) in the world fail to provide us with clear direction, then they simply add to the confusion. It’s like the steady stream of contradictory stories on the evening news—the consumer is never consistently told the truth about anything. Hence, they all just continue with their bad habits—which is exactly the way the “system” likes it. In Mark’s latest article, I like his last sentence about that system:

When we all know the system, we’ll be even more eager to change it. —Mark Bittman

In closing, there are two links here; the first is my blog post from last year where I summarized Mark Bittman’s great wealth of knowledge about food. The next is the link to today’s feature article.

Also, for help in your own quest to take charge of your health, you might find some useful information at our 4Leaf page or some great recipes at Lisa’s 4Leaf Kitchen. Got a question? Let me hear from you at jmorrishicks@me.com.

Blogging today from Atlanta, GA – Be well and have a great day.

A former strategic management consultant and senior corporate executive with Ralph Lauren in New York, J. Morris Hicks has always focused on the "big picture" when analyzing any issue. In 2002, after becoming curious about our "optimal diet," he began a study of what we eat from a global perspective ---- discovering many startling issues and opportunities along the way. In addition to an MBA and a BS in Industrial Engineering, he holds a certificate in plant-based nutrition from the T. Colin Campbell Center for Nutrition Studies, where he has also been a member of the board of directors since 2012. Having concluded that our food choices hold the key to the sustainability of our civilization, he has made this his #1 priority---exploring all avenues for influencing humans everywhere to move back to the natural plant-based diet for our species.
View all posts by J. Morris Hicks →
This entry was posted in Activism & Leadership, Suffering of Animals, Video Included. Bookmark the permalink.

6 Responses to Mark Bittman. Does he ever take a stand on anything?