SMILE. My first ever blog about teeth—and gums 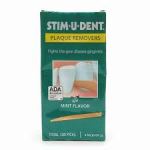 Not much of a flosser myself, my New York dentist recommended these.

Also affected by what we eat

Yesterday, I was scrolling through the McDougall Moment series of my friend Dr. John McDougall—and found one about teeth (featured below). As expected, he talked about the role of diet in the health of our teeth—encouraging us to eat more complex carbs: starches, fruits and vegetables. He points out that populations that eat this way (with little or no added sugar) tend to have healthy teeth and gums.

He also points out that most of us adult Americans were raised on the unhealthy Western diet that is loaded with added sugars and very light on the complex carbs. So, what can we do to repair the damage?

What about flossing? Like me, John says that he’s not much of a flosser, but he does advocate the use of the special toothbrush that enables you to clean between the teeth. 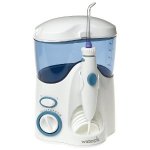 This is the WaterPik that my local dentist (Dr. Sally) recommended.

In my case, I was told by a dentist in Tennessee almost 20 years ago that I needed to have a very costly and painful GUM job. I decided to get a second opinion—from my old dentist in New York. He told me about Stimudents, the special toothpicks that really get down between the teeth—cleaning out the debris and massaging the gums.

I kept them in my car and used them religiously twice a day during my driving commute from New Jersey to my Ralph Lauren office in New York. Later that dentist told me that I was living proof that those things work—if used properly.

Fifteen years later, my current dentist here in CT influenced me to start using a water-pik—after realizing that I simply wasn’t going to floss. For me, the Water-Pik is much easier than flossing and probably does a much better job. Another eight years later and I never did have that GUM job that the Tennessee dentist told me was urgent.

The bottom line. The combination of consistently eating 4Leaf, brushing regularly and using my Water-Pik twice a day is getting the job done for this man of 67 years. Now for the 3-minute McDougall Moment.

Dr. John McDougall — on the topic of teeth & gums

Dr. Sally, my local dentist—this one’s for you!

Want to receive some occasional special news from us? You may wish to join our periodic mailing list. Also, for help in your own quest to take charge of your health, you might find some useful information at our 4Leaf page.

And if you like what 4Leaf eating is doing for you and your family, you might enjoy visiting our new “4Leaf Gear” store. From the seaside village of Stonington, Connecticut – Be well and have a great day.

A former strategic management consultant and senior corporate executive with Ralph Lauren in New York, J. Morris Hicks has always focused on the "big picture" when analyzing any issue. In 2002, after becoming curious about our "optimal diet," he began a study of what we eat from a global perspective ---- discovering many startling issues and opportunities along the way. In addition to an MBA and a BS in Industrial Engineering, he holds a certificate in plant-based nutrition from the T. Colin Campbell Center for Nutrition Studies, where he has also been a member of the board of directors since 2012. Having concluded that our food choices hold the key to the sustainability of our civilization, he has made this his #1 priority---exploring all avenues for influencing humans everywhere to move back to the natural plant-based diet for our species.
View all posts by J. Morris Hicks →
This entry was posted in Health in General and tagged dental hygiene. Bookmark the permalink.

2 Responses to SMILE. My first ever blog about teeth—and gums