EAT THIS NOT THAT — and other absurdities on NBC

Just when you thought that it couldn’t get any worse…

In the first hour of The Today Show on 10-28-11, they featured dietary advice that will almost guarantee obesity and disease; then, in the second hour, they ran a story about obese women who intentionally gain weight so they can qualify for insurance coverage of their gastric by-pass surgery. When does the madness end? 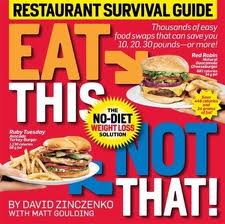 First for the dietary advice, they brought in their regular “healthy eating” expert, David Zinczenko, the editor-in-chief of Men’s Health Magazine and the author of EAT THIS NOT THAT, the No diet weight-loss solution. As a warm-up for the holidays, he was on the Today Show with Brian Williams (who was standing in for Matt Lauer).

As with their normal routine (about once a month), they feature four meals that you can order in restaurants — this week it was UNO Chicago Grill, OutBack Steakhouse, IHOP, and The Cheesecake Factory. Now if you’ve been to any of those places lately, you’re well aware that it’s next to impossible to order anything remotely close to healthy from the menu. But the likely “take-away” from this segment for the average, un-informed, viewer is that you can. 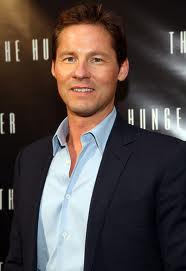 While going through all of the above, they’re making jokes while Brian Williams nibbles on the bacon. And the sad part of this story is that NBC, Brian Williams, Zinczenko, and the restaurants involved probably think that they are providing the public with important information that can help them lose weight and be healthier. NOT.

They’re just adding to the confusion that exists everywhere in the media today. And they’re providing some free advertising for restaurants who specialize in unhealthy foods.

Let’s take a look at the four recommended meals: 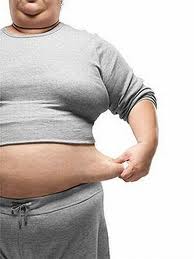 What about it doc? Will insurance cover my gastric bypass or do I need go gain a little more weight?

All they’re really doing is adding to the confusion and reinforcing what most people have already concluded, “Since they give us different advice every day, I may as well eat what I want.” And if they eat enough, they will someday be sufficiently obese to qualify  for gastric bypass surgery to be paid for by their insurance company.

Note: Lately I have been adding a short video clip to my blogs and thought of adding one of Mr. Zinczenko today – but decided against it. It would just be a waste of your time. But if you really want to see what I’m talking about, you can find it in about two seconds on YouTube.

Making a Difference. On the Evening News with Brian Williams, they usually end the show with their “Making A Difference” report. And it’s usually a warm and fuzzy story about people helping people in some way. But, what if NBC, and indeed all the networks, really got serious about making a difference and started replacing all of the confusion with clarity — on every single show?

Well, we all know that is not likely to happen. But someday the truth will come out. Today, we have some great people, books, blogs and websites that are doing their part. But eventually we’re going to need to leverage the awesome power of the media to get our message of clarity to billions of people around the world. 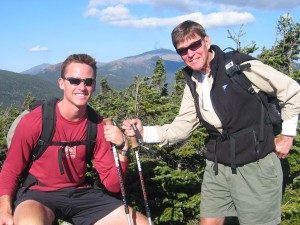 We know that an eventual return to the natural plant-based diet for our species is inevitable, but will the pace be quick enough to avoid the massive onslaught of environmental, economic and social horrors that has already begun? Maybe we just need to think differently as in…“Thinking differently” and changing the world…

A former strategic management consultant and senior corporate executive with Ralph Lauren in New York, J. Morris Hicks has always focused on the "big picture" when analyzing any issue. In 2002, after becoming curious about our "optimal diet," he began a study of what we eat from a global perspective ---- discovering many startling issues and opportunities along the way. In addition to an MBA and a BS in Industrial Engineering, he holds a certificate in plant-based nutrition from the T. Colin Campbell Center for Nutrition Studies, where he has also been a member of the board of directors since 2012. Having concluded that our food choices hold the key to the sustainability of our civilization, he has made this his #1 priority---exploring all avenues for influencing humans everywhere to move back to the natural plant-based diet for our species.
View all posts by J. Morris Hicks →
This entry was posted in Activism & Leadership, Obesity. Bookmark the permalink.