It’s Earth Day — Do something memorable… 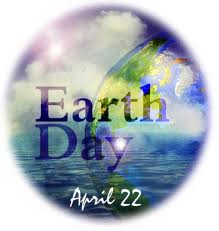 The official logo for Earth Day 2011, the day you saw that movie that changed your life and helped you and others save the planet

Not only is it Earth Day, it’s also Good Friday and a holiday for most Christians around the world. Think about taking less than two hours doing something that will change your life — and might even change the world. Sit back and watch the movie HOME for free — first, there is a short preview trailer (a little over two minutes), then there’s a link to the full 93-minute version at the end of this post. It may very well be the most powerful movie that you will ever see.

This movie is all about our “home” — planet Earth, how life began, when humans came along and what humankind has done to our home — particularly in just the last fifty years. Although the movie has been out for almost two years (June 2009), I didn’t see it until February 2011 — and since then, I have not run across a single person that has seen it. But apparently it has been seen by some 500 million people — and over 15 million have seen it on YouTube.

The movie did a magnificent job of describing the global problem that we have created but came up way short in describing a viable solution. Toward the end, they touched a bit on windmills and solar panels. Good things to be sure, but a classic case of too little too late. There is no doubt in my mind that the single most powerful step that we humans could take to correct the damage would be for us to return to the natural diet for our species as quickly as possible. Take a couple of minutes and enjoy this preview:

HOME, the movie trailer (2:27 min). The short “trailer” to the powerful 2009 film by PPR entitled HOME. It was produced in France by PPR, a giant company with 88,000 employees (owns Gucci and many other luxury brands) It exquisitely describes how the miracle of life occurred 4 billion years ago and what has happened to the fragile harmony of our planet in just the last 50 years. .

Someone told me that the voice you just heard was that of Glenn Close; whoever it was, she did a great job. Now it’s time to schedule some time for later today or this weekend — and watch the entire movie. It is beautifully done and packs a powerful message. Just put your computer on full-screen mode, turn up the volume, make some popcorn and settle back and watch this great movie without interruption.

I was struck by the clarity of the message regarding the radical impact that the human race has had on this planet in just the past 50 years…causing more damage in that mere “blink of history” than all previous generations of humanity for the past 200,000 years.

So why did they never mention the highly wasteful and environmentally harmful nature of the typical western diet? Because the movie’s producers and sponsors are just like 95% of the other people in the western world. They still truly believe that we humans “need” to eat animal protein in order to be healthy. Gradually that misperception will change — and everyone will eventually know about the world-changing, resource-saving and waste-reduction power of a plant-based diet. 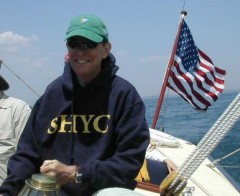 HOME, the complete movie (93:00 min) on YouTube. Warning, this movie may inspire you to get busy helping to solve the huge global problem that has been created during our lifetime. We have all been part of the problem; now we can all be part of the solution. What a memorable decision to make on Earth Day 2011.

A former strategic management consultant and senior corporate executive with Ralph Lauren in New York, J. Morris Hicks has always focused on the "big picture" when analyzing any issue. In 2002, after becoming curious about our "optimal diet," he began a study of what we eat from a global perspective ---- discovering many startling issues and opportunities along the way. In addition to an MBA and a BS in Industrial Engineering, he holds a certificate in plant-based nutrition from the T. Colin Campbell Center for Nutrition Studies, where he has also been a member of the board of directors since 2012. Having concluded that our food choices hold the key to the sustainability of our civilization, he has made this his #1 priority---exploring all avenues for influencing humans everywhere to move back to the natural plant-based diet for our species.
View all posts by J. Morris Hicks →
This entry was posted in Environment. Bookmark the permalink.