Sure, we need omega-3; but we don’t need it from fish.

Let’s face it, the meat, eggs and dairy people don’t have many weapons in their arsenal when it comes to the health benefits of eating their food. Oh, you’ll hear them talk about protein, calcium, Vitamin B-12, and Vitamin D. But those are simple to explain—as we did in Chapter 3 of our book. But make no mistake, the human’s need for omega-3 fatty acids is their single best argument for eating any kind of flesh or animal products whatsoever—especially fish. 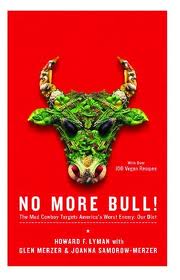 Bad news about animal foods. As Howard Lyman stated in his book, No More Bull, (See link below)

“The bad news about animal foods never ends. With a single exception. This exception naturally has been widely reported because it remains the only good news out there about any animal-based products. Mainstream publications hype this lonely positive item concerning animal food because they wouldn’t want to appear to be advocating a vegetarian diet.

Surely you’ve heard that fish, particularly fatty fish, is good for your heart. In fact, you’ve probably heard it about a million times. Is it true? Yes and no. (Howard goes on to explain and also to suggest healthy sources of plant-based omega-3.)

What about the bad news? Just recently there was an article in the New York Times entitled, Omega-3s Don’t Cut Diabetics’ Heart Risks (See link below). A large trial found that supplements of omega-3 did nothing to prevent cardiovascular problems in people with Type 2 diabetes. Now, with ten percent of the U.S. population afflicted with diabetes and moving rapidly toward one in three—this is not great news for the omega-3 supplement pushers. The article stated:

After an average follow-up of more than six years, they found that the omega-3 and placebo groups showed no difference in rates of heart attack or stroke, or in number of deaths from cardiovascular disease or arrhythmia. Rates of hospitalization for heart failure or other cardiovascular problems were nearly identical.

What does Dr. Campbell say about omega-3? He says it’s mainly about the ratio of omega-6 to omega-3 in our diet. And most Americans get too much of the omega-6 from their meat and dairy diet—making the ratio of omega-6 to omega-3 too high. When they replace all that meat and dairy with whole plants (including things like flaxseeds, walnuts and chia), that ratio gets quickly into balance—without the fish or fish oils. 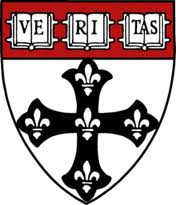 The Harvard School of Public Health

It gets worse. He also reports an alarming statistic from a Harvard Study regarding omega-3. From page 58 in our book:

Dr. Campbell also brings up a possible concern about consuming fish to get omega-3s. “If you’ve heard anything about omega-3 fatty acids, it’s that you need more of them to be healthy,” he says. Noting that you can’t always believe what you hear on the evening news, he offers the following from a 1999 Harvard study: “[C]ontrary to the predominant hypothesis, we found an increased risk of breast cancer associated with omega-3 fats from fish.”

The Bottom Line. We need omega-3, omega-6 and all the other essential vitamins. But we don’t need to get ANY of them from animals. And it’s a darn good thing, because our love affair with the meat, dairy, egg and fish diet-style is grossly unsustainable for much longer—for a host of reasons.

A former strategic management consultant and senior corporate executive with Ralph Lauren in New York, J. Morris Hicks has always focused on the "big picture" when analyzing any issue. In 2002, after becoming curious about our "optimal diet," he began a study of what we eat from a global perspective ---- discovering many startling issues and opportunities along the way. In addition to an MBA and a BS in Industrial Engineering, he holds a certificate in plant-based nutrition from the T. Colin Campbell Center for Nutrition Studies, where he has also been a member of the board of directors since 2012. Having concluded that our food choices hold the key to the sustainability of our civilization, he has made this his #1 priority---exploring all avenues for influencing humans everywhere to move back to the natural plant-based diet for our species.
View all posts by J. Morris Hicks →
This entry was posted in Omega 3. Bookmark the permalink.

4 Responses to Omega-3; more bad news than good these days